Government officials continue to work on tailored aid for the energy sector and other specific industries, but senior officials say final announcements are not expected this week.

Senior federal sources say the immediate focus of officials working on the economic response to COVID-19 is on hammering out the details on providing billions of dollars of emergency funds and wage subsidies to support the unemployed and protect jobs, including an announcement Wednesday.

Officials, who were granted confidentiality because they are not authorized to discuss internal deliberations publicly, said the Department of Finance needs additional time to assess the impact on the Canadian economy of its 75-per-cent wage subsidy and $2,000-a-month payout to workers who lost income because of the COVID-19 pandemic.

Officials stressed that work on sector-by-sector assistance continues in parallel but the government is unlikely to make any announcements this week. There is no desire to hold up help for the oil and gas sector, airlines or tourism sector, but officials said the government needs to make sure the package is ready to go.

Finance Minister Bill Morneau said last week that help for the oil and gas industry was hours or days away. He has said emergency aid would include guarantees to allow banks to keep lending to energy companies and money to pay workers to clean up abandoned oil and gas wells.

A senior official in the Alberta government, who was not allowed to speak publicly about the negotiations with Ottawa, said the province can’t wait much longer for emergency aid, especially credit for hard-hit energy companies. But the official acknowledged any oil and gas package is complicated and that it’s important for Ottawa to get it right.

Cash flow in the energy sector has dried up as the price of a barrel of Western Canada Select heavy oil has dropped below US$5.

The government’s economic messaging has shifted dramatically over the past week as officials adjust policy measures in response to feedback from the public and business leaders.

Last Wednesday, Mr. Morneau told the Senate that the government was in hourly contact with the energy sector and that an announcement about “some sort of appropriate credit opportunity for them” would be announced imminently.

“I don’t have the final answer on the exact hour that will be delivered but I’m not talking about weeks. I’m talking about hours, potentially days,” Mr. Morneau said on March 25 in reference to specific measures for the energy sector.

During that same Senate appearance, Mr. Morneau also said that federal worker support programs announced to date were a “superior” option to Denmark’s 75-per-cent wage subsidy, because Denmark’s subsidy was only open to companies that had a significant reduction in revenue.

Two days later on Friday, Mr. Morneau announced Canada’s 75-per-cent wage subsidy and said it would be limited to companies that experienced a significant reduction in revenue.

On Friday, Prime Minister Justin Trudeau said the wage subsidy details – including total fiscal cost – would be announced Monday. On Monday, he said the details would be revealed on Tuesday and on Tuesday the government bumped that announcement to Wednesday.

Mr. Morneau released a statement Tuesday afternoon via Twitter saying that he and Small Business Minister Mary Ng “will be providing more details on our proposed 75-per-cent wage subsidy for businesses tomorrow. More details to come.”

“Our government continues to work with affected sectors, including the energy sector, to see how to best support them,” she said in an e-mail.

Dan Kelly, president of the Canadian Federation of Independent Business, said his members support the wage subsidy but many are concerned about the requirement to demonstrate a 30-per-cent decrease in revenue. The CFIB is urging the government to waive the requirement for businesses with fewer than 500 employees or for companies that have been ordered to close or partially close by the government.

The government first announced a 10-per-cent wage subsidy for small business on March 18, then increased it to 75 per cent on Friday. On Monday, Mr. Trudeau said the subsidy would be expanded even further by applying it to businesses of all sizes, including oil and gas companies.

Last Wednesday, the government announced a program called the Canada emergency response benefit, which provides a direct subsidy of up to $2,000 a month to individuals who have no income because of COVID-19.

While the wage subsidy flows to workers through an employer, the CERB is a benefit that goes directly to Canadians from the government. 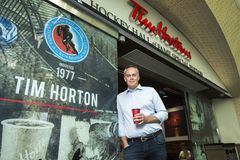 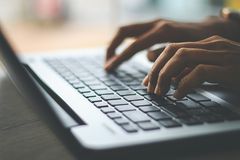 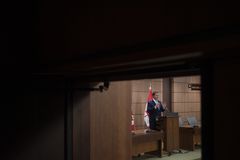 Coronavirus information
The Zero Canada Project provides resources to help you manage your health, your finances and your family life as Canada reopens.
Visit the hub
Follow Robert Fife, Bill Curry and Daniel Leblanc on Twitter @RobertFife @curryb @danlebla
Report an error Editorial code of conduct
Due to technical reasons, we have temporarily removed commenting from our articles. We hope to have this fixed soon. Thank you for your patience. If you are looking to give feedback on our new site, please send it along to feedback@globeandmail.com. If you want to write a letter to the editor, please forward to letters@globeandmail.com.
Comments