Air Canada has joined the growing list of air carriers bowing to Beijing’s pressure campaign to designate the self-ruled island of Taiwan as part of China.

Customers now wishing to purchase a flight to or from airports in Taiwan’s capital, Taipei, are now informed these facilities are located in China. The abbreviation CN, standing for China, has been added to their location description.

The democratically-elected government of Taiwan is calling on the Canadian carrier to reverse course, issuing a statement requesting “that this be corrected immediately.”

China in recent months had threatened dozens of international carriers with retribution if they did not begin toeing Beijing’s line on Taiwan and remove any references in their booking services or websites that suggest the independent island is part of any country other than Mainland China.

Until recently, many international airlines had listed Taiwan only as Taiwan with no reference to China. Taiwan’s Liberty Times newspaper first reported Air Canada’s change this week.

Air Canada spokesman Peter Fitzpatrick said the carrier was merely acting in accordance with conditions set out by Beijing.

“With respect to this matter, I can tell you it is Air Canada’s policy to comply with all requirements in all worldwide jurisdictions to which we fly,” Mr. Fitzpatrick said.

The Chinese embassy in Canada applauded the move. “Foreign enterprises operating in China should respect China’s sovereignty and territorial integrity, abide by China’s law and respect the national sentiment of the Chinese people,” spokesman Yan Yundong said. “The change made by Air Canada is in line with the one-China principle and consists with the international commitment and obligation that Canada ought to honour. We appreciate that.”

Beijing has grown increasingly aggressive under President Xi Jinping about using its economic power to coerce foreign companies to change the way they refer to China.

This includes Taiwan, which the Communist Party-run People’s Republic of China considers a wayward province. Taiwan is a democracy and is where defeated Nationalist forces retreated in 1949 after they lost the Chinese civil war on the Mainland to Mao Zedong’s Communists.

Earlier this year, Beijing shut down Marriott International’s website in China for a week to punish the world’s biggest hotel chain for listing Tibet, Taiwan, Hong Kong and Macau as separate countries in a customer questionnaire.

In March, the Man Booker International Prize changed the nationality of Taiwanese author Wu Ming-yi to “Taiwan, China,” following a complaint from China’s embassy in London. The author protested and the organization reinstated his origin as Taiwan but said it would no longer describe author’s nationality but only their territory or country.

“As a sovereign country, Taiwan’s achievements in democracy, freedom, human rights, and rule of law have been universally praised by the international community,” the Taiwanese government said in a statement.

Conservative Foreign Affairs critic Erin O’Toole denounced China for the pressure it put on Air Canada to agree its demands on Taiwan.

“International aviation should be based upon co-operation and not manipulated to advance a political agenda. China’s actions are very disappointing,” he said. “Canada should work with the International Civil Aviation Organization and its member countries to ensure that the rules-based system is respected by all countries and carriers are not pressured into decisions that serve no purpose other than to exacerbate regional tensions.”

“This is a matter of moral cowardice,” said J. Michael Cole, a former Canadian intelligence worker who is a senior non-resident fellow with the University of Nottingham. He lives in Taipei.

Air Canada’s move “tells us that China’s domestic laws, such as they are, are now allowed to have extraterritorial application - because we allow them to do so. It sends the signal that even advanced, ‘mature’ democracies like Canada are willing to sell principle and values out the window without a fight.”

He called for the Canadian government to provide more support for firms confronted with Chinese demands.

A spokeswoman for Canada’s department of Global Affairs said Air Canada can do what it wants. “Air Canada is a private company and responsible for the contents of its website. Canada’s long-standing position on this issue has not changed,” Brittany Venhola-Fletcher said.

China’s April, 2018, letter to international carriers targeted not only references to Taiwan that could be construed as suggesting it was independent but also any similar characterizations of Hong Kong and Macau, formerly European possessions that are now autonomous regions within China.

The White House decried China’s request as “Orwellian nonsense” and “part of a growing trend by the Chinese Communist Party to impose its political views” on companies.

China is clearly making headway. Last year it convinced Panama, another one of Taiwan’s dwindling list of allies, to cut ties with Taiwan and establish diplomatic relations with Beijing.

– With files from Reuters and The Associated Press 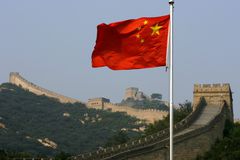 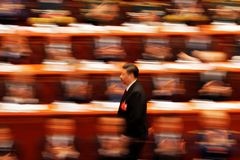