Less than 5 per cent of Canadians highly approve of the federal government’s efforts to evacuate Canadian nationals and Afghan refugees from Afghanistan amid the Taliban takeover of the country, according to a new public opinion poll.

A Nanos Research survey conducted for The Globe and Mail and CTV found that 45 per cent of respondents believe the Liberal government has done a “very poor” or “poor” job of arranging evacuations for Afghan nationals who once worked for Canada’s military and diplomats, as well as Canadian expats living in Afghanistan.

Afghan embassy staff in Kabul had asked for an immigration program in 2012. Ottawa approved the initiative in July

“The Liberal government’s response to the Afghanistan crisis does not help the Liberals’ political fortunes,” said Nik Nanos, the founder of the Ottawa-based polling firm. “To the contrary, Canadians are more likely to score the government either poorly or very poorly on Afghanistan by a margin of two to one.”

“It speaks to the trouble that the Trudeau brand is in right now.”

Mr. Nanos said the Afghanistan crisis, coupled with negative views about Mr. Trudeau’s decision to call a snap election, “add up to a narrative that things are not going well for Justin Trudeau and the Liberals, and it undermines confidence in the party.”

The hybrid telephone and online random survey of 1,029 Canadians aged 18 years and older was conducted between Aug. 28 and 30, and the margin of error is plus or minus 3.1 percentage points, 19 times out of 20.

The results were statistically checked and weighted by age and gender using the latest census information, and the sample was geographically stratified to be representative of Canada.

Survey participants were asked: “Thinking of the crisis in Afghanistan, do you believe the federal Liberal government has done a very good, good, average, poor or very poor job at evacuating Canadians and Afghan nationals who have provided assistance to the Canadian government, such as interpreters?”

The same poll found that 76 per cent of Canadians considered the Sept. 20 federal election to be “not necessary” or “somewhat not necessary.”

Explainer: Afghanistan is under Taliban control. U.S. troops have left Kabul. The rescue airlifts are over. How did we get here?

The federal government began evacuating Canadians and former Afghan allies from Afghanistan on Aug. 4. Canada’s rescue flights were halted for four days after the Taliban took control of the capital city of Kabul on Aug. 15, the same day Mr. Trudeau called a snap election.

Evacuees complained that the Canadian rescue mission was plagued by red tape, clogged phone lines in Ottawa and difficulty getting inside the Kabul airport’s security perimeter, where Canadian special forces were often nowhere to be found.

Mr. Trudeau has maintained that Canada outperformed many allies in airlifting people out of Kabul. He has noted that 3,700 people were evacuated in August on Canadian flights. The government said in a statement today that more than 3,000 evacuees have now arrived in Canada.

Ottawa said in its statement that more than 1,200 Canadian nationals, permanent residents and their family members remain in Afghanistan. The government is advising them to stay in hiding while diplomats negotiate with the Taliban for their safe exit from the country. About 4,300 Afghan nationals who either worked for Canada or have family members who did so are also waiting to get out of Afghanistan once Kabul airport is reopened to civilian aircraft. 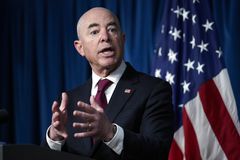 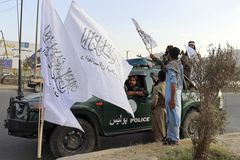 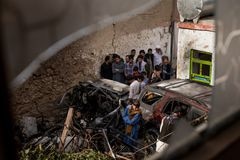