Justin Trudeau was once looked upon, sometimes dismissively, as more Margaret Trudeau’s son than Pierre’s: empathetic and emotive rather than hard and cold. Just in case there was any remaining doubt, this week’s events proved the opposite.

Justin Trudeau bends people to his will. He gets his way. How bloody-minded is he, in pursuit of power? Just watch him.

“There are a lot of bleeding hearts around who just don’t like to see people with helmets and guns,” Pierre Trudeau told reporters on Oct. 13, 1970, after they questioned the presence of troops on Parliament Hill after kidnappings by the FLQ. “All I can say is, go on and bleed.”

How far are you prepared to go to protect public safety, one reporter asked the prime minister.

His young wife Margaret, in contrast, was free-spirited, emotional and, later in life, bravely open about her struggles with bipolar disorder.

When Justin Trudeau became leader of the Liberal Party, people made fun of his hair, his background as a drama teacher, his emphasis on “sunny ways." When he became Prime Minister, one of his first priorities was to increase government funding for mental health.

How did he do that? By withholding a portion of health-care transfers to provincial governments until they agreed to make mental health a greater priority. He coerced them, just as he has with the carbon tax.

You may remember Elbowgate, when Mr. Trudeau grabbed a Conservative MP by the arm and accidentally elbowed an NDP MP during a ruckus on the floor of the Commons. But you may have forgotten how poisonous the atmosphere of the House was that day, as the Liberals forced closure on legislation to permit medically assisted death despite angry objections from both New Democrats and Conservatives.

Mr. Trudeau champions Indigenous rights and the fight against climate change. But when Indigenous and environmental protesters tried to block construction of the Trans Mountain oil pipeline, he nationalized the pipeline. Construction is now said to be on schedule and on budget.

By most accounts within the public service, the Trudeau Prime Minister’s Office is even more controlling than its predecessor under Stephen Harper.

Most famously, when then-justice minister Jody Wilson-Raybould refused Mr. Trudeau’s demands to intervene in the criminal prosecution of the engineering company SNC-Lavalin, Ms. Wilson-Raybould ended up outside cabinet and eventually outside the party.

The WE controversy, in which the charity was awarded, then lost, a contract worth hundreds of millions of dollars for a student-volunteer program, embarrassed Mr. Trudeau after it was revealed that his mother had received thousands of dollars in speaking fees from WE.

To gain control over the situation, Mr. Trudeau accepted the resignation of his finance minister, Bill Morneau – who allegedly was resisting the Prime Minister’s demands for increased spending – prorogued Parliament and, when it returned, had his MPs obstruct attempts by committees to examine the affair.

When the Conservatives, in response, moved this week to create a special committee, Mr. Trudeau threatened to call an election. To avoid one, NDP Leader Jagmeet Singh was forced to side with the Liberals, scuttling the committee.

So let’s forget about sunny ways. Justin Trudeau prefers iron ways. If you cross him, watch out. He is every inch his father’s son.

You pay a price for this sort of politics. Pierre Trudeau almost lost the 1972 election, and the SNC-Lavalin affair reduced today’s Liberals to a minority government after last October’s vote.

By strong-arming Mr. Singh into supporting his government, Mr. Trudeau has left the NDP Leader looking weak and humiliated. There will be not one ounce of goodwill between the two men and the two parties after this.

The greatest damage, though, may be to Mr. Trudeau’s self-image. He wants to be seen as a compassionate leader who supports the struggles of women and minorities and those who fight for social justice.

No doubt he still embraces those causes. But he is also a ruthless political street fighter who will go to any length to win.

The apple doesn’t fall far from the tree. 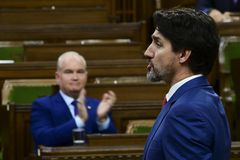 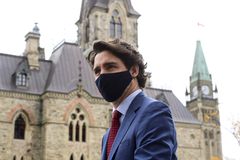