China responded sternly Monday to efforts by Canada and its allies to allow Taiwan access to the World Health Organization, telling the coalition of countries to essentially butt out of its internal affairs.

Canada, Australia, France, Germany, New Zealand, Britain, Japan and the U.S. have called on the WHO to give Taiwan observer status at an upcoming meeting of the organization set for next week.

Taiwan had early success in controlling the outbreak of COVID-19, and Foreign Affairs Minister Francois-Philippe Champagne has told The Canadian Press that Taiwan’s presence as a non-state observer in the World Health Assembly meetings next week would help the pandemic fight.

The move is politically sensitive for Canada because it is in its own dispute with China over what it calls the “arbitrary” imprisonment of Michael Kovrig and Michael Spavor.

The issue clearly touched a nerve Monday in Beijing, where the spokesman for China’s Foreign Ministry was asked whether New Zealand – one of Monday’s signatories – had received assurances from China’s leaders that they would not push back against its efforts.

“China deplores and opposes them and has lodged representations with the New Zealand side,” said spokesman Zhao Lijian in an English transcript of his remarks posted on his ministry’s website.

China sees Taiwan as a breakaway region. Its status on the world stage is regularly the cause of diplomatic friction.

“On the Taiwan region’s participation in WHO activities, China’s position is clear and consistent. The one-China principle must be observed,” he added.

“The Taiwan authorities chose to play up its so-called participation in WHO events and return to the WHA at this moment. The timing reveals its true motive, which is to use the current outbreak to seek ‘Taiwan independence.’ It is out-and-out political manipulation.”

While he was speaking directly to New Zealand’s participation, Zhao issued a warning that would apply to Canada and its allies, saying, “we are firmly resolved to uphold our sovereignty, independence and territorial integrity. No one should entertain any illusion when it comes to matters concerning China’s core interests.”

In Ottawa, Scheer on Monday backed the Liberal government’s efforts to include Taiwan over any opposition from China.

“These types of entities which provide guidance and services to folks on the health and safety of people around the world should not be impacted by global politics and by the foreign policy positions of the PRC (People’s Republic of China),” Scheer said Monday.

Scheer also pointed out that his party has long called for Taiwan’s inclusion in organizations such as the WHO and the International Civil Aviation Organization, and said their work should not be influenced by China’s foreign policy.

Despite co-operation on health and trade since the pandemic’s outbreak, relations between Canada and China have been severely strained since the RCMP arrested Chinese high-tech scion Meng Wanzhou on an American extradition warrant in December 2018.

China arrested Kovrig and Spavor nine days later in what is widely viewed as retaliation and has levelled accusations of spying against the men. Canada has marshalled a broad coalition of international support calling for their release and that has angered Chinese leaders.

Taiwan is also squarely in the centre of the Trump administration’s dispute with China and the WHO. The U.S. has temporarily halted funding to the organization over its allegedly inadequate assessment of COVID-19’s early threat when the novel coronavirus was breaking out in the Chinese city of Wuhan.

U.S. lawmakers urge international support for Taiwan to join WHO as U.S. criticizes China
May 8, 2020 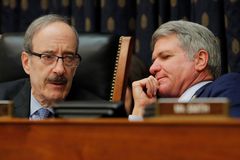 Taiwan will fail in its bid to attend key WHO meeting, China says
May 8, 2020 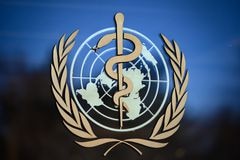 New Zealand says it backs Taiwan joining WHO due to country’s success fighting coronavirus
May 8, 2020