Conservative Leader Andrew Scheer is calling on Prime Minister Justin Trudeau to disclose the details of the settlement the government reached with Vice-Admiral Mark Norman.

The Department of National Defence issued a statement this week on behalf of the government and Vice-Adm. Norman, saying counsels for each party reached a “mutually accepted agreement” after discussions held in good faith. Details of the deal are to remain confidential. The department also said the senior naval officer will retire from the military.

Vice-Adm. Norman was suspended as the military’s second-in-command in January of 2017 and charged last year with a single count of breach of trust for allegedly leaking government secrets related to a naval ship contract. But in early May, the Crown prosecutor said information provided by Vice-Adm. Norman’s defence team prompted the decision to stay the charge, telling the court there was no longer a reasonable prospect of conviction.

The confidentiality of the agreement was met by swift criticism from the Conservative Party, which accused the governing Liberals of using taxpayer dollars to hide behind a political nightmare months before the coming federal election.

Mr. Scheer said in a statement Friday that there are “serious and credible allegations that the Trudeau government politically interfered in Mr. Norman’s prosecution and trial.”

“Now, after the smear campaign failed to implicate Mr. Norman, taxpayers are on the hook for a secretive settlement to make one of Trudeau’s biggest political problems disappear before an election,” Mr. Scheer wrote. He said Canadians deserve transparency and to know how much they paid for the settlement.

“I call on Justin Trudeau to immediately disclose the settlement amount and waive the non-disclosure agreement. Anything less than full disclosure would amount to a cover-up,” he added.

Todd Lane, a spokesman for Defence Minister Harjit Sajjan, echoed the statement from this week, saying, “Following discussions that were held in good faith, a mutually acceptable agreement was reached for which details will remain confidential.”

It was a politically charged case that saw the senior naval officer’s defence team threaten to seek subpoenas for senior officials in the Prime Minister’s Office and the Privy Council Office to testify in court if they failed to produce the documents it had been requesting for months, including communications between government officials related to the case.

The day the charge was withdrawn, Vice-Adm. Norman’s defence lawyer, Marie Henein, praised the Crown for its independence from political considerations in staying the prosecution. But she also criticized Ottawa for preventing the defence team from accessing thousands of government documents it said were needed to defend Vice-Adm. Norman.

“No person in this country should ever walk into a courtroom and feel like they are fighting their elected government or any sort of political factors at all,” she said at the time.

Opposition parties tried to shed light on the affair, calling for inquiries to study allegations of political interference by the Prime Minister and other senior officials in Vice-Adm. Norman’s case, all of which were rejected by the Liberals in the House of Commons.

A spokesman for the Department of National Defence said a date for his retirement has not yet been set.

Vice-Admiral Mark Norman to retire from the military after reaching settlement with Ottawa
June 27, 2019 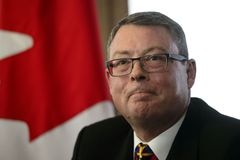 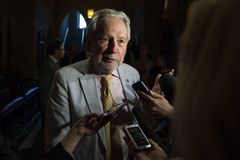