Conservative Leader Andrew Scheer says he wants to create a firearms ombudsman to advocate for gun owners and that the RCMP should no longer have the power to reclassify guns – a proposal being dismissed as “nonsense” by the country’s former top cop.

Mr. Scheer, the only federal party leader who owns guns, stands by the firearms policies he made during last year’s Conservative leadership race, his spokesman Jake Enwright said.

Mr. Enwright refused repeated interview requests with Mr. Scheer, and said he couldn’t discuss what guns Mr. Scheer owns, what they’re used for or where they are kept. Mr. Scheer, who represents a Saskatchewan riding, lives at the Official Opposition residence Stornoway when he is in Ottawa.

“Unfortunately for public safety reasons, I cannot disclose to you the types of firearms or where they’re located,” Mr. Enwright said.

Mr. Scheer’s proposals include a sweeping pledge to review the Criminal Code and repeal all federal regulations on gun ownership, usage and transportation, which do not “ensure that Canada’s firearms laws respect the rights of honest firearms owners, recognize the fact that hunting and sports shooting are an important part of Canadian culture and history, and empower police to concentrate on real criminals who are a threat to the public.”

But former RCMP commissioner Bob Paulson said one of Mr. Scheer’s promises, which takes aim at the Mounties for reclassifying guns based on aesthetics, is “nonsense, nonsense and a little bit more nonsense.”

“There is a rabid firearms lobby that has their hooks into the Conservatives, and they’re aggressive, and the only way that, in my view, the political folks can keep them at bay, is to blame the RCMP,” Mr. Paulson, who retired last June after 32 years in the force, told The Globe.

This month, the Liberal government promised to institute more vigorous background checks to get a licence to purchase firearms and, if Ottawa gets buy-in from provincial governments, the checks could include an examination of the purchaser’s mental-health history. As well, U.S. state governments have moved in recent weeks to restrict gun ownership following a series of mass shootings.

Conservative MP Glen Motz, the deputy public safety critic, said he agrees with the concept of additional scrutiny for those who have shown “mental health challenges,” as long as it doesn’t slow down the process for others.

“We do need to make sure that it’s balanced when this is put in place. That it’s not putting the burden on honest, law-abiding gun-owning Canadians,” he said.

Mr. Scheer’s proposals, which were taken down from his website after he won the Conservative leadership last May, include stripping away the power of the RCMP to “arbitrarily make reclassifications” of firearms and give it instead to elected officials. Mr. Scheer discussed his rationale during a video interview last spring with the Canadian Coalition for Firearms Rights, which bills itself as the voice of Canadian gun owners and also lobbies politicians.

“One of the major complaints I hear about the existing regime is that the RCMP are the deciders of a lot of aspects of firearms rules, and they’re also the entity that we entrust to enforce the law. And a lot of people said there’s a conflict of interest there,” Mr. Scheer said in the video, posted to YouTube last April, a month before he won the party leadership.

“I think it’s always better to have the power in the hands of accountable, elected politicians, rather than a government department that isn’t directly accountable to the people.”

Mr. Scheer went on to claim the RCMP makes decisions about reclassifying guns “based on aesthetics.” Mr. Scheer’s policy platform also said legislation from a Conservative government would specify legal definitions for variants to ensure “that those unfamiliar with firearms cannot decide on the legality of a gun based on how it looks.”

Mr. Scheer also proposes the creation of a firearms ombudsman, who would act as an appeals mechanism for gun owners. “I would like there to be an entity, a person with some authority to interact with government, with officials, to advocate on behalf of firearms owners,” he said in the video.

There are currently three classes of firearms in Canada: non-restricted, restricted and prohibited. Most common long guns are not restricted, while handguns can fall into either the restricted or prohibited category. The classifications are set out in the Criminal Code and corresponding regulations.

Some gun owners, however, have complained that the force changes the classifications of firearms without notice or justification. In 2015, the Harper government reversed the RCMP’s decision to effectively ban the Swiss Arms and Czech-made CZ 858 rifles.

In a statement on its website, the RCMP says, “It may occasionally appear that a firearm has been ‘re-classified.’ However, this term is not accurate.” The force said sometimes new information comes to light about a firearm that changes its classification, such as discovering it can be easily modified.

“The RCMP works with firearms manufacturers and importers to determine the classification of firearms imported into Canada based on technical information and documentation provided by them,” RCMP spokeswoman Cpl. Annie Delisle said in an e-mail.

“However, since 2009, as a result of several cases where erroneous or incomplete information was received, the RCMP performs a mandatory physical inspection of all semi-automatic military and para-military firearms that could be variants of prohibited fully-automatic firearms (and therefore also prohibited under the Criminal Code definition).”

In his platform, Mr. Scheer references a story about hunting whitetail deer with a friend’s .308 precision rifle, and later eating jerky. “As a firearms owner myself, I’m very sympathetic to the concerns that people like me face every day,” Mr. Scheer said in the video.

Rod Giltaca, CEO and executive director of the Canadian Coalition for Firearms Rights who conducted the video interview with Mr. Scheer said the Conservative leader’s platform was a “middle of the road approach” for gun owners, although he agrees with the proposal to strip authority from the RCMP.

“Our position has always been [to] get rid of the punitive measures on people that aren’t shooting anyone, and then focus all of that extra effort…on the people that are shooting folks,” he told The Globe.

Editor’s note: This version has been updated to remove a reference to the kirpan worn by Mr. Singh.

On guns, companies are getting out ahead of the politicians
March 4, 2018 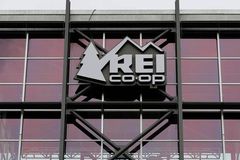 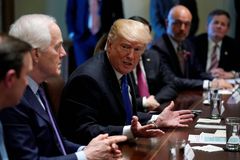