Australia’s coalition government blamed an “administrative error” after many of its senators supported a motion that declared: “It’s OK to be white.”

The motion, which also decried the “deplorable rise of anti-white racism and attacks on Western civilization,” was narrowly defeated, by a vote of 31-28 on Monday, thanks to opposition by Labour, the Greens and independents.

After the government forced a revote, the motion was decisively defeated. But the fact that the Australian Senate could even be debating these noxious words is remarkable. Any Canadian politician who tried to introduce such a declaration into a legislature would surely be expelled from whatever caucus they belonged to.

In that sense, the legalization of cannabis use on Wednesday is simply the latest evidence that Canada has set itself apart from the world.

We are the only Group of 20 country to have legalized cannabis use at the national level, and to offer pardons to those convicted in the past.

We are also the only large developed nation that continues to embrace high levels of immigration. Immigration, Refugees and Citizenship Canada expects to take in 330,000 immigrants and refugees next year, and 340,000 in 2020.

In Sweden, which accepted a record number of refugees from the Middle East on a per-capita basis during the migration crisis of 2015, anti-immigrant sentiment powered the far-right Sweden Democrats to a strong showing in September’s elections. Six weeks later, the mainstream parties still haven’t figured out how to form a government.

The Trump administration wants to build a wall along the border with Mexico. In Britain, the Conservative government imposes tougher restrictions on immigration every year. New Zealand is also discouraging new arrivals: Parent-class approvals fell by 63 per cent in 2016-17, while 6-per-cent fewer skilled immigrants were approved.

While Australia continues to have a robust immigration policy, the United Nations has condemned rules that imprison asylum seekers in offshore detention centres, sometimes for years.

The UN has also condemned the deplorable conditions in which many Canadian First Nations live. And the federal Liberal government is internally divided over whether Canada suffers from systemic racism.

“That expression is not a part of my vocabulary,” Pablo Rodriguez, Minister of Canadian Heritage and Multiculturalism, told The Globe and Mail’s Daniel Leblanc. But Liberal MPs Celina Caesar-Chavannes and Greg Fergus maintain systemic racism is a fact of Canadian life.

We are far from perfect.

But if perfection is at the end of a scale, Canada is farther along than most. Not only was this country one of the first to legalize same-sex marriage, it is the only country to formally apologize and offer restitution to those who were dismissed from the public service and military in the past simply because of their sexuality.

Same-sex marriage in the United States arrived through a Supreme Court decision that LGBTQ advocates fear could be reversed, now that conservative jurist Brett Kavanaugh is on the court, tilting it further to the right. Advocates for women’s rights fear the court might also reverse Roe v. Wade, which made abortions legal in the United States.

In contrast, this Liberal government mandates that half the ministers in cabinet be women. More than half (55 per cent in 2016) of the federal public service is female.

At least 40 per cent of full-time university faculty are women (up from 37 per cent in 2010), although they make up less than 10 per cent of senior management in major companies.

And how do Canadians feel about this march toward greater tolerance? A recent international Ipsos poll says Canadians are less likely to feel their country is in decline than almost anyone else.

Only 30 per cent of us agreed with the statement: “Your country is in decline," in contrast to 51 per cent of Americans, 49 per cent of Brits and 36 per cent of Australians. Among 24 countries surveyed, only the Germans and Chileans were more confident than Canadians that things are getting better rather than worse.

While much of the developed world stagnates or backslides in the struggle for greater equality, Canadians remain determined to keep going forward.

There is no excuse for complacency. But we might be permitted a moment or two of quiet satisfaction. 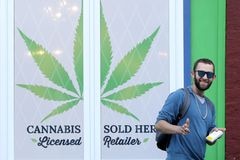 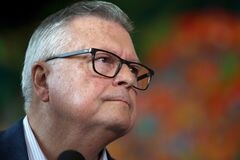 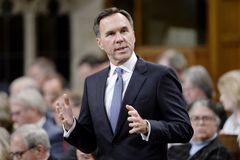