On Oct. 23, 2004, The Globe and Mail published a special edition in which virtually every story in the paper was dedicated to China’s astonishing rise in wealth and power. “Their economy is modernizing at a pace that is the marvel of the world,” the editorial board declared.

Seventeen years later, Canada and the West appear to be sliding into a cold war with China, over its persecution of minorities, its crushing of democracy in Hong Kong, its theft of Western technology and its threats to peace and stability.

Managing a cold war, if that’s what it comes to, will require both courage and discretion: the courage to stand up to Chinese power; the discretion to realize that, despite that country’s wolf-warrior belligerence, there are areas in which the two sides can – indeed must – get along.

“The international space is a messy place,” observed Michael Manulak, a professor of international relations at Carleton University in Ottawa. “We can voice our concerns about Chinese behaviour in a way that makes our disagreements clear. But at the same time, we also have interests to advance.”

What does China’s future hold? A parting view from The Globe’s correspondent in Beijing

Will China be the next world leader?

Chinese bad actions make it tempting for Canada and other Western nations to simply disengage. This week, the federal government imposed new national security risk assessments on university researchers requesting federal funds, because China may have been acquiring technology through joint research agreements.

Canadians Michael Kovrig and Michael Spavor have been held by Chinese authorities for two years and eight months, in apparent retaliation for the Canadian detention of a Huawei executive at the request of the United States, which seeks her extradition.

And Canadians, along with billions of others, might have endured a much less severe COVID-19 pandemic, had Beijing been more forthcoming about the nature of the virus that was first detected in Wuhan.

Why, then, bother to engage at all? For several reasons.

First, China is the world’s largest carbon polluter, responsible for 28 per cent of global emissions, almost twice that of the United States. Without China’s co-operation, the world has little hope of limiting global warming.

Second, recent satellite images revealed that China is constructing more than 100 new intercontinental ballistic missile silos, as part of a major expansion of its nuclear deterrent. Even at the height of the old Cold War between the United States and the former Soviet Union, the two sides negotiated agreements to limit nuclear proliferation. Such talks are needed now with China, which still has a much smaller nuclear stockpile than the U.S. or Russia.

Third, any improved global system to detect and prevent a potential pandemic must include China, which contains almost a fifth of the world’s population. In fact, any solution to any international problem involving global security and the global economy must include China or risk being meaningless.

“China’s behaviour has been antagonistic, and we’re responding to that,” Prof. Manulak says. But “Canada needs to do what it can to advance its international interests, and I think there is an interest in stabilizing that relationship.”

The trick is to stabilize without selling out. The Beijing government’s treatment of the Uyghur people is genocidal, if reports about forced sterilizations and other extreme human rights abuses are true. Canada and other nations must seek to deter China from committing such acts. It must also continue to condemn the repression of democracy in Hong Kong and make it clear that the West would not tolerate an attack on Taiwan.

Is it possible, in the light of such condemnation, to successfully negotiate in areas of climate change, disarmament, pandemic response and other major concerns? Partly that depends on whether both sides can keep areas of deep disagreement and areas of potential co-operation in discrete silos – though that may not be possible, depending on how China conducts itself in the future.

But it’s worth remembering that tensions in the old Cold War ebbed and flowed. If the West is indeed headed toward a new cold war with China, then we will need to remember that containment is not disengagement, that the West can seek to prevent China from expanding its influence while also negotiating to lessen tensions.

We’ve done it once before. We can do it again.

China lags on innovation - can it catch up?
Subscriber content
June 10, 2021 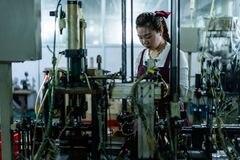 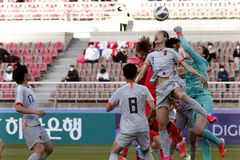 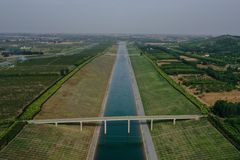