You know this isn’t an election campaign about public finances when the only major party really talking about how we’re going to pay for all this is the NDP.

Jagmeet Singh’s answer – tax the rich – is a bit simplistic, and seriously insufficient in the sense that it doesn’t raise near enough revenue to pay for all the things he promises. But there is at least the conceptual notion that higher expenditures require higher revenues. Or something like that.

You find surprisingly little of that in the campaign rhetoric of Conservative Leader Erin O’Toole, and the platform he released on Monday offers such a long list of promises that it quickly becomes clear that balancing budgets ain’t the point. Justin Trudeau’s Liberals had already been scoffing at notions of approximate budget balancing as out of touch and out of date, and treated debt reduction as an abstraction.

So while it’s still hard to say what precisely this election campaign is about, there’s one thing for sure: It is not about the deficit. Or fiscal discipline. Or public finances.

That seems to be what the public wants. There was a lot of necessary crisis spending that stretched the notion of what the treasury can bear, and there was a reasonable argument for worrying about the cost later. It sure seems like that mood is still in the air.

But it’s still worth noting that clear shift in the Canadian political landscape. And how it is affecting the shape of the election campaign.

Opinion: Here are the issues that should be debated this federal election, but probably won’t

Opinion: Erin O’Toole isn’t just fighting an election, but also members of his own party

All three major national parties are running on thick piles of promises. Many come with hefty price tags. But it’s not just the money: Every party is promising something to nearly every lobby or constituency that might fit in their biggest political tent. It’s as though dispensing with fiscal discipline has freed them from setting priorities. Why choose?

The Liberal government’s spring budget, now the backbone of the Liberal Party’s campaign platform, set aside $30-billion over five years to fund $10-a-day child-care services, and yet that massive program expansion was nearly lost in the deluge of spending commitments. Don’t care about child care? The Liberals touted it as a budget that devoted billions to economic growth and green development. Not sure about that? There were billions for other stuff. How about higher Old Age Security payments for those over 75?

The Liberals argue we can afford all it, and it’s all good. Certainly some of it is good, but you get the sense it’s not about picking the best, but rather not leaving anything out.

You might expect Conservatives to chide the Liberals about spending and the deficit, and they do – but their platform has a few vague words about how they might go about reducing the deficit later or balancing the budget 10 years from now.

Politically, that’s understandable. The Conservative promise to “responsibly wind down” COVID-19 income supports has Mr. Trudeau warning the Tories will cut needed benefits. Economically, you can make a small-c conservative argument for reducing the deficit slowly to ensure government can do some important things at a fragile time.

But boy, it’s hard to understand what Mr. O’Toole thinks the important things are by reading his platform. It is a thick booklet with pages full of small type with hundreds of promises. There’s a promise of $60-billion more over 10 years for health care. There are billions for green tech, and $1-billion for small nuclear reactor development. The list goes on.

There is, to the party’s credit, much space devoted to the economy. There would be tax breaks for restaurant meals, which the hospitality industry wants, tax credits for small-business hiring and investment, which the small-business lobby wants, and flow-through shares for tech startups, which venture capitalists want. There are so many different things, it’s hard to see a direction. It’s a bluer version of running on everything.

To be fair, the Tories are waiting for the Parliamentary Budget Officer’s assessment before detailing how it all adds up, and how it affects the deficit. But the promises won’t be paid for by cancelling the $30-billion Liberal child-care program; The Conservatives would replace it with what appears to be a big child-care tax credit.

So now we know, if we didn’t already, that this isn’t a campaign about the deficit. That’s a lucky thing for all the party leaders, because they are in no mood for making tough choices. 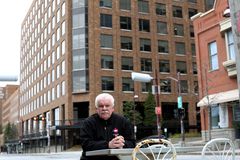 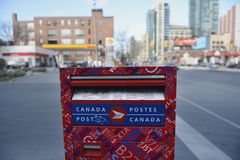 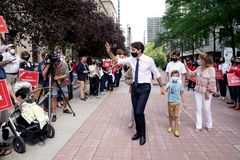