Bank of Canada Governor Stephen Poloz would have stayed on beyond his soon-to-expire term to help manage the long-term economic fallout from the COVID-19 pandemic, but the Liberal government never asked him, sources say.

Mr. Poloz, who turns 65 in October, announced late last year that he wouldn’t seek a second term when his current seven-year mandate ends on June 2.

In recent weeks, the central bank launched a flurry of measures as the Canadian economy plunged into recession, with shuttered businesses and mass unemployment, caused by the spread of the novel coronavirus. However, there was no indication that the government wanted Mr. Poloz to extend his stay, according to sources.

A confidant of Mr. Poloz told The Globe and Mail that the governor is a public servant at heart and he would have remained at the helm of the central bank had Ottawa asked him. The Globe is not revealing the names of the confidant and other sources because they were not authorized to speak publicly about sensitive discussions involving Mr. Poloz.

Mr. Poloz reiterated in a press conference in mid-March that he would not stay on past the end of his term.

‘Plan for the worst and hope for the best’: Canada’s funeral industry in upheaval as coronavirus deaths mount

“It’s not really a consideration," he said. “We are a team at the Bank of Canada. They’re a great team and I trust this team. So no, I have no plan to change this decision.”

There had been some speculation that Mr. Poloz would be asked to remain in charge of the bank longer in light of the COVID-19 shock, which has created deep economic uncertainty and triggered unprecedented actions by the bank to combat the fallout.

Some central bankers have stayed through crises

There is some recent precedent of other central bank leaders extending their original tenure in order to see through a crisis. Mark Carney, Mr. Poloz’s predecessor at the Bank of Canada, stayed as head of the Bank of England for nearly two years beyond the end of his term, to help guide Britain through its transition out of the European Union. With the U.S. still in the very early stages of recovery from the financial crisis in 2009, U.S. President Barack Obama pushed for congressional approval of Federal Reserve chairman Ben Bernanke for a second four-year term.

Mr. Poloz has said that the central bank’s role in managing the economy during these difficult times is not dependent on the governor alone – a view shared by former Bank of Canada governor David Dodge.

“The bank is a lot more than the governor. The governor is the voice but the bank as an institution functions as a whole and I think that is always the key point,” Mr. Dodge said in an interview. “Whether or not there is a change in the governor on his leaving in June as scheduled I think is less important than the work everyone at the bank is doing and will continue to do.”

Our government is currently focused on supporting Canadians and Canadian businesses affected by the uncertainty and challenges posed by COVID-19. … We thank Governor Poloz for his extraordinary leadership during this crisis and look forward to continuing this important work until the end of his term.

The Bank of Canada has confirmed that a special committee of independent directors of the bank’s board continues the formal search process for Mr. Poloz’s successor, which began in late December. A senior government official said the board is expected to provide a short list of candidates to the federal government by the end of April. The final decision on the next governor will be made by Prime Minister Justin Trudeau and Finance Minister Bill Morneau.

Ottawa did not directly answer a question from The Globe on why Mr. Poloz wasn’t being asked to stay on.

“Our government is currently focused on supporting Canadians and Canadian businesses affected by the uncertainty and challenges posed by COVID-19. … We thank Governor Poloz for his extraordinary leadership during this crisis and look forward to continuing this important work until the end of his term,”said Pierre-Olivier Herbert, director of communications for Mr. Morneau in an e-mail.

Senior Deputy Governor Carolyn Wilkins, the bank’s second-in-command who appears regularly with Mr. Poloz at press conferences and parliamentary hearings, is widely considered the front-runner to succeed her boss. That status has only been enhanced during the COVID-19 crisis, as Ms. Wilkins has overseen the myriad of emergency measures by the central bank in recent weeks to stabilize financial markets and keep credit flowing – perhaps the most complex web of market actions the bank has ever undertaken.

“A few months ago, it seemed like picking someone to engineer a smooth transition from a fairly stable position. Now, it is to carry on unprecedented action in a crisis," Queen’s University economist Don Drummond, a former senior official in the finance department, said in an e-mail.

“The crisis argues for someone with deep market experience … it may also argue for someone who is thoroughly tested. Not the time to take a chance on someone who might ‘grow into the job.’ All points to Carolyn to me.”

The Bank of Canada has never had a female governor. Katie Telford, the Prime Minister’s chief of staff, has encouraged the appointment of women to senior roles in government.

Another leading candidate is Deputy Governor Paul Beaudry, one of the country’s top authorities on monetary policy. He would be the first francophone to hold the job.

A federal source said the top contender outside the bank is Tiff Macklem, who lost out to Mr. Poloz in 2013. Mr. Macklem, then the senior deputy governor, was considered the front-runner to replace Mark Carney when he left to run the Bank of England. Mr. Macklem is now the dean of the Rotman School of Management at the University of Toronto.

Mr. Dodge said Mr. Poloz’s successor faces enormous challenges in managing fiscal and monetary policy markedly different from the 2008-09 economic crash. In particular, he said, the central bank’s first foray into quantitative easing – the large-scale purchasing of government bonds in the open market, announced two weeks ago – will complicate the job for the next governor.

“It’s an enormous challenge when in fact we are going beyond just the provision of liquidity that the bank is supposed to do, to taking essentially a permanent position and blowing up the balance sheet of the bank,” Mr. Dodge said.

The new governor will also have to work co-operatively with other central bankers, particularly in the United States, Europe and China, to manage the situation, he said

“It is a global problem where in fact we are all creating liquidity and the balance sheets of the central banks are building around the world to try to deal with this problem … how does that affect us and where do we fit and how [do] we participate in that global challenge?” he said. 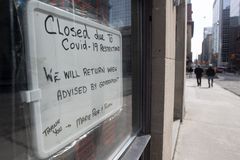 David Dodge foresees tricky problems down the road for the Bank of Canada
Subscriber content
April 2, 2020 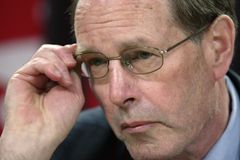 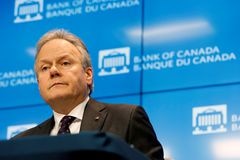 Follow Robert Fife and David Parkinson on Twitter @RobertFife @ParkinsonGlobe
Report an error Editorial code of conduct
Due to technical reasons, we have temporarily removed commenting from our articles. We hope to have this fixed soon. Thank you for your patience. If you are looking to give feedback on our new site, please send it along to feedback@globeandmail.com. If you want to write a letter to the editor, please forward to letters@globeandmail.com.
Comments