Mr. Lu, China’s ambassador to Canada for the past 25 months, suggested Canada used national security excuses to cover trade protectionism. When the RCMP arrested Huawei executive Meng Wanzhou last December, he accused Canada of taking part in a U.S. “witch hunt” – it wasn’t a legal matter, but politics, he insisted. When China detained two Canadians, Michael Kovrig and Michael Spavor, he brushed off complaints by saying they were a double standard that stemmed from “Western egotism and white supremacy.”

Now, he’s leaving Ottawa to become China’s ambassador to France. His departure, and his eventual successor, will tell us lot about Canada-China relations: How much of that approach was Mr. Lu, and how much is the way Beijing now talks to Canada?

We may not know the answer for a while. Mr. Lu is leaving in the midst of a deep freeze on relations. Canada hasn’t had an ambassador in China since John McCallum was fired in January for his comments about the Huawei affair, and that post is probably still vacant because Beijing would not agree to an appointment. It’s possible they’ll leave the ambassador’s post in Ottawa vacant for a while.

Mr. Lu is leaving after a relatively short tenure, but he’s not being yanked by his masters for his insulting demeanour. The post in France ranks as a promotion. However, he leaves behind some ill feeling as he moves to Paris.

“I was wondering what the people of France have done to deserve this,” quipped Brock University professor Charles Burton, a China expert and senior fellow at the Macdonald-Laurier Institute.

Certainly, Mr. Lu’s insults got under Canadian skin. But Chinese diplomats around the world are taking on a new, more assertive tone. Foreign policy under President Xi Jinping is explicitly unapologetic and assertive, and in practice, sometimes intimidating. This ambassador leaves as a symbol of that: Few diplomats are remembered for their insults.

In the early days after he arrived in March, 2017, Mr. Lu was a bustling, pushy prod for Beijing’s interests. The Chinese had by then cooled their expectation that a Liberal government under Prime Minister Justin Trudeau was going to lead quickly to problem-free relations, but still looked to seal a free-trade deal with Canada.

Mr. Lu told Canadians to focus on economic issues and forget the media nattering about human rights. Former Canadian ambassador to China David Mulroney, writing in The Globe and Mail in August, 2017, called him “blunt and slightly tone-deaf, like much of Chinese public diplomacy.”

In fact, Mr. Lu was more tone-deaf than most of his recent predecessors, even though he was a more visible envoy.

In 2008, then-ambassador Lu Shumin called a press conference to rail about the Dalai Lama – but at the time, just more than a decade ago, it was still a rarity for a Chinese ambassador to be speaking to the press at all.

But subsequent ambassadors spoke to Canadians more, in speeches and interviews. Yet Lu Shaye, whose diplomatic background was mostly in Africa, rather than in places such as the United States or Australia, didn’t have a feel for reaching a Western audience.

“He didn’t make any effort to understand Canada,” said Guy Saint-Jacques, Canada’s ambassador to China from 2012 to 2016. According to several accounts, he was not easy to work with in private, either.

But Mr. Saint-Jacques says that’s not just Mr. Lu, but the new marching orders for the new breed of Chinese diplomats. They’re direct. They use harsher language. “They are very aggressive and they are not very good listeners.”

In Ms. Meng’s case, and the crisis in relations that followed, Mr. Lu was surely following orders from the top, Mr. Saint-Jacques said, in a response run directly from the office of Mr. Xi.

But Mr. Lu was definitely an eye-opener. He has already helped create a more unsettling image of China in the minds of Canadians, as the ambassador who insulted while Beijing bullied.

If anything, Mr. Lu’s blunt words should teach Canadians we don’t really have to tiptoe around Chinese sensitivities. And we will learn a lot more about Beijing if it dispatches another ambassador like Mr. Lu. 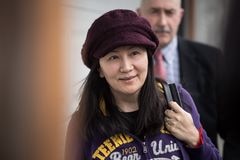 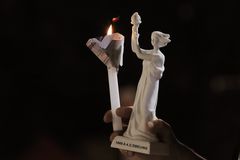 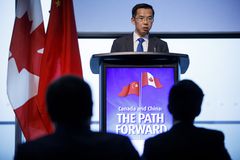