Negotiations that led to freedom for Michael Spavor and Michael Kovrig ramped up in early August after U.S. President Joe Biden became seriously engaged in ending a legal standoff with China, sources say.

Mr. Biden insisted any deal to drop the U.S. extradition case against Huawei Technologies executive Meng Wanzhou and defer criminal charges could not happen unless the two Canadians were released at the same time, according to three sources with direct knowledge of the talks with China, Huawei and Ms. Meng’s lawyers.

Chinese President Xi Jinping, who along with Mr. Biden wanted to reset U.S.-China relations on a more stable footing, did not object to the Canadians being released from Chinese prisons as long as Ms. Meng was allowed to return home without having to admit guilt for bank and wire fraud, the sources said.

No one in the U.S., Chinese or Canadian governments will confirm there was any quid pro quo in the deferred prosecution agreement with Ms. Meng for the release of Mr. Kovrig and Mr. Spavor, the sources said. The Globe and Mail is not identifying the sources because they were not authorized to speak publicly about the matter.

The two Canadians spent 1,019 days in Chinese prisons. They were detained days after Ms. Meng was arrested in Vancouver on a U.S. extradition warrant in December, 2018, to face fraud charges related to violations of U.S. sanctions against Iran. The Canadian government said China was engaging in hostage diplomacy.

At a news conference at the White House on Monday, Mr. Biden’s press secretary, Jen Psaki, said the U.S. Justice department decided on its own to grant the DPA to Ms. Meng, while acknowledging the pivotal role played by the President.

“It’s important to note that there is no link,” she said. “We have an independent justice department. We can’t determine how the Chinese and others manage their businesses over there.”

However, she stressed that Mr. Biden instructed his administration to do everything in its power to win the release of the two Michaels, and raised their cases directly in a Sept. 9 telephone call with Mr. Xi.

“These two leaders raised the cases of these individuals, but there was no negotiation about it,” Ms. Psaki said. “It was President Biden raising and pressing again for the release of the two Michaels, as is something that happens in every engagement we do with the Chinese – or had, up to this point in time. It should not come as a surprise that President Xi raised the Huawei official, but again, there was no negotiation on this call.”

On Monday, Chinese Foreign Ministry spokesperson Hua Chunying confirmed that Mr. Xi also played a direct role and “gave personal guidance” to resolve the nearly three-year-old dispute, which ended when Ms. Meng and the two Michaels were returned to their home countries on flights that departed near simultaneously.

Ms. Hua said Mr. Spavor and Mr. Kovrig had applied for and been granted bail for medical reasons.

The talks with China, Huawei and Ms. Meng’s legal team took off after U.S. Deputy Secretary of State Wendy Sherman met in late July with senior Chinese diplomats in China, according to the sources.

It was the second U.S. effort to resolve the standoff. With prodding from Canada, the Trump administration attempted to reach a DPA with Ms. Meng in late December, 2020, but she refused to co-operate because the United States wanted a guilty plea, one of the sources said.

In early August, the U.S. Justice department again approached Huawei and Ms. Meng’s lawyers to renew negotiations on a deferred prosecution agreement, two of the sources said. Under the deal reached last Friday, Ms. Meng did not have to enter a guilty plea, pay a heavy fine or agree to testify against Huawei, the giant Chinese telecom founded by her father, Ren Zhengfei.

She did, however, accept a significant portion of the U.S. government’s case against her, including an attempt to evade U.S. sanctions against Iran.

Sources say the outline of the Sept. 24 deal was the outcome of heavy lifting from Canada’s ambassador to China, Dominic Barton, who first approached the new Biden administration in April to commit to a deferred prosecution agreement.

Mr. Barton spent three weeks in Washington, where he met with officials from the White House National Security Council and the departments of Justice, State, Defense, Treasury and Commerce. He also held talks with Cui Tiankai, China’s ambassador to the United States. At the time, the Biden administration was unable to make any commitment to a DPA as it was still staffing up its departments.

In early August, two of the sources said, Mr. Barton and Kirsten Hillman, Canada’s envoy to Washington, were told of the DPA negotiations, as was Prime Minister Justin Trudeau and key members of his government. They said Mr. Barton was also instrumental in making the case to the Chinese that they could save face if Ms. Meng was returned home without having to admit to criminal wrongdoing, and help ease international tensions by freeing the two Michaels.

At the United Nations on Monday, Foreign Affairs Minister Marc Garneau used a speech to the General Assembly to highlight the release of the Michaels, and chastised Beijing for the arbitrary arrest of Mr. Spavor, a businessman who ran tours into North Korea, and Mr. Kovrig, a former diplomat.

“Canada observed the rule of law, and two Canadian citizens paid a heavy price for this commitment. We did so as matter of principle, and we are proud of the courage of our two citizens, the good faith and resilience of their families and creativity of our diplomats,” Mr. Garneau said. “We continue to oppose the way these two fine people were treated.”

China locked up the two Canadians in apparent retaliation for the arrest of Ms. Meng, a member of China’s corporate elite.

China put Mr. Kovrig and Mr. Spavor on trial on charges of spying in March of this year. 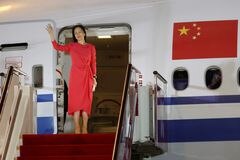 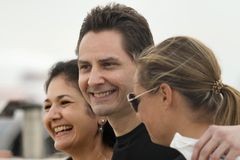 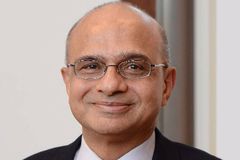