Afghans trying to come to Canada through the government’s new resettlement program have been frustrated by a difficult application process, which is creating serious challenges for those urgently trying to escape the Taliban.

Ottawa announced a plan late last week to bring Afghans who worked with the Canadian military and embassy in the country to safety in Canada. With the U.S. withdrawing its troops from Afghanistan, the Taliban is regaining ground, and those who worked with foreign forces are being targeted by the hard-line Islamist group.

However, the program’s application process released this week has proved to be confusing and distressing for many people trying to get themselves and their families out of Afghanistan, and may in some cases be making an already tense situation even more dangerous.

One of the biggest issues is a 72-hour deadline specified in a government e-mail that went out to potential applicants. “If you do not provide a completed application package within the next three days, we will conclude that you are not interested in participating in this Public Policy,” the e-mail read. However, a statement from the federal immigration department later said that wasn’t the case.

“To be clear, there is no firm 72-hour timeline,” Émilie Simard, a spokesperson for the Minister of Immigration, Refugees and Citizenship, said in an e-mail. “The requested response time is a reflection of the urgency on the ground to get as many applications as possible as quickly as possible so that we can get people to safety. Applications received outside of that window will still be processed.”

The rush created by the initial three-day deadline caused intense stress for those trying to leave the country, according to Robin Rickards, a retired veteran who is independently trying to help Afghans who worked with the Canadian Forces resettle in Canada.

“They sent every Afghan related to Canada into a mad panic,” Mr. Rickards said of the government. Working from Canada, he said he’s been bombarded with more than 100 e-mails a day from people asking for help, notes that he said are filled with “blind desperation.”

One challenge, Mr. Rickards said, is that the documents are all in English, and he’s heard from people needing translation help in order to understand the application. Many interpreters may be fine, but he pointed out that people who worked in other positions, such as cooks or security guards, need help translating.

Ms. Simard’s statement said that the government has “engaged support staff to assist clients with language barriers in submitting their applications and requested documentation.”

Mr. Rickards said that some people he’s spoken to don’t have the specific computer program needed to open the documents, and the signature requirement is posing a challenge for those who don’t have printers at home. Others are going to public internet cafés to print out the documents, which could make them a target.

Some people trying to apply for resettlement have also been met with bounce-back notices from government e-mails saying the mailbox is full and can’t accept messages now.

“The Taliban is committing war crimes and our government is going to be complicit in the deaths of these people because of the way in which they’re structuring their program,” he said, adding that the process is a “complete fiasco.”

A former interpreter with the Canadian military in Afghanistan, whom The Globe is not identifying for his safety, said he is currently working through the application to come to Canada along with his family. He’s also trying to bring his sister-in-law and her children, people he supports financially.

Though he said he’s been able to fill out the documents, he’s had to use Google Translate to understand some words. He said he had to flee his hometown because he was in danger and is now hiding out in a larger city until he can leave the country. He described the situation as horrifying.

Another Afghan interpreter who worked with the Canadian forces, whom The Globe is also not naming, was resettled in Canada over a decade ago, but still has extended family in Afghanistan. He said his father was assassinated in 2009 and that he continues to be worried that family members will be targeted by the Taliban because of his work and the fact that he left the country. He is now trying to bring them to Canada through the new program.

The interpreter called the department of immigration earlier this week, he said, but was told they had no information yet for someone in his situation. If the process doesn’t get people out of the country fast enough, he said, it’s going to cause damage to many families.

The new program does allow people to apply to bring de-facto family members to Canada with them.

On Thursday, Conservative Party Leader Erin O’Toole released a statement calling for the three-day application deadline to be dropped. The department of immigration confirmed that applications will be processed after the initial 72-hour deadline. 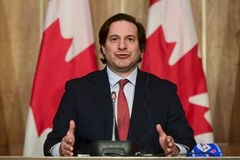 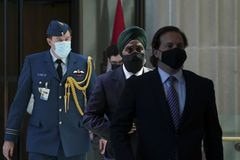