More opposition parties are calling on Prime Minister Justin Trudeau to testify at the House of Commons finance committee over the cancelled WE Charity contract to administer a new program that would pay students for volunteer work.

On Tuesday, the Bloc Québécois and NDP joined the Conservatives in calling for the Prime Minister to appear at the committee, with the Bloc also repeating its call for Mr. Trudeau to step aside while the Conflict of Interest and Ethics Commissioner investigates whether he broke federal law.

Mr. Trudeau apologized on Monday for failing to recuse himself from the government’s decision to award the charity a contract to administer the $900-million program – despite his family’s close ties to WE. His wife, mother and brother have all been paid for their work with the charity and Mr. Trudeau has also participated in multiple events, but his office said he has never been paid for his work with the group.

Finance Minister Bill Morneau also apologized Monday for failing to recuse himself even though one of his daughters works for WE Charity.

“We share the desire of the Conservatives to know more about this situation, through an invitation to the Prime Minister and the Minister of Finance to a committee, or some committees,” Bloc Leader Yves-François Blanchet said Tuesday on Parliament Hill.

Mr. Blanchet said the onus is on Mr. Trudeau to explain what happened with the contract. “If they haven’t broken the law then they just have to prove it,” he said.

The Prime Minister’s Office declined to say whether Mr. Trudeau would accept the invitations, instead pointing The Globe and Mail to the Prime Minister’s comments on Monday. At that news conference, he said he would consider the request with his House of Commons leadership team.

So far, The Globe has not received an explanation from the government about the process that led to that decision, despite repeated requests.

The finance committee’s study of the contract will start on Thursday with testimony from Diversity, Inclusion and Youth Minister Bardish Chagger and senior civil servants from the departments of Canadian Heritage and Employment and Social Development.

On Friday, the House of Commons ethics committee will meet to decide whether to launch its own investigation into the matter.

The finance committee can’t compel Mr. Trudeau to testify, but if the Prime Minister refuses, the committee could refer the matter to the House of Commons, said Philippe Lagassé, an associate professor at Carleton University in Ottawa.

“The Commons could then consider a motion requesting that Trudeau appear. If the motion is approved, but Trudeau still refuses, the House could then discipline or censure him,” Prof. Lagassé said. “This might take the form of finding him in contempt of Parliament or summoning him to the bar of the House to be questioned or otherwise reprimanded.”

NDP MP Peter Julian said Tuesday the Prime Minister is best placed to answer questions about why the government created a new program for students rather than putting more money into pre-existing programs, how the contract was awarded and why he didn’t recuse himself from the decision.

“In this case, in a minority Parliament, the opposition parties have a lot more tools,” Mr. Julian said. “I think the Prime Minister is best advised just to answer the questions. That’s what Canadians expect of him.”

The Green Party said calls for the Prime Minister to testify are politically motivated and it would prefer to hear from the civil servants, who Mr. Trudeau said recommended WE Charity run the program. Two weeks ago, the Prime Minister said WE was the “only one” capable of doing so.

“This is an important moment to refocus on the original goal of this program: supporting Canada’s students. We cannot let their needs be lost amid partisan grandstanding,” Green Party interim leader Jo-Ann Roberts said in a statement.

The Bloc Leader stopped short of joining the Conservatives in their calls for the police to investigate, saying by going down that road, Canada would start looking more like Russia.

“The last thing that we want over and above what we are already seeing is for political parties to order investigations against their opponents,” Mr. Blanchet said. “We believe that one cannot order a police investigation like one orders a pizza, it does not work that way.” 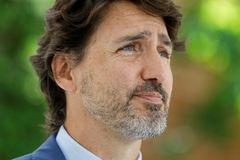 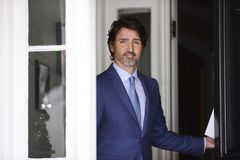 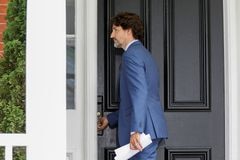