The Bloc Québécois will not co-operate with the separatist movement in the Western provinces or help the governments of Alberta and Saskatchewan in their ongoing fight with Ottawa, Bloc Leader Yves-François Blanchet said Wednesday.

After a meeting with Prime Minister Justin Trudeau, Mr. Blanchet said he was looking forward to collaborating with the Liberal Party’s minority government on issues that affect Quebeckers, such as greater financial support for the elderly and a compensation plan for dairy farmers.

While he cautioned that he would not hesitate to oppose measures that go against Quebec’s interests or infringe on the province’s autonomy, he insisted he would not join forces with Alberta Premier Jason Kenney and Saskatchewan Premier Scott Moe in their battle with the federal government.

Over the weekend, Mr. Kenney said Alberta will explore a number of possibilities – inspired in part by Quebec – such as launching a provincial revenue agency, withdrawing Alberta workers from the Canada Pension Plan and replacing the RCMP with a provincial police force.

The Bloc remains a sovereigntist party, but it did not campaign heavily in the most recent election campaign on that agenda. On the provincial scene, the Parti Québécois is currently without a permanent leader, and there is little appetite in Quebec for another referendum on sovereignty.

Instead, under Mr. Blanchet, the Bloc is committed to defending Quebec’s interests in Ottawa and promoting issues championed by the nationalist provincial government of Premier François Legault.

With 32 MPs in the 338-seat House of Commons, the Bloc is promising to put pressure on the federal government to be more aggressive in the fight against climate change and to oppose federal subsidies to the non-renewable energy sector. In that context, Mr. Blanchet said his party will not help the Western separatist movement or the Prairie provinces in their fight for increased autonomy.

“I see the current situation as an attempt by Alberta and Saskatchewan to gain a position of strength to force the federal government’s hand in terms of helping them to export their oil. In that context, my enthusiasm is quite limited,” he said.

“It is a matter of being relevant and coherent not to support oil when you want to reduce the effects of climate change,” he added.

Speaking to the Canadian Association of Oilwell Drilling Contractors, Mr. Kenney said Mr. Blanchet and his sovereigntist allies cannot continue to denounce Alberta oil even as the Quebec government receives billions of dollars in equalization payments. While the funding comes from Ottawa, Mr. Kenney argues a large part of the money was generated by the oil industry.

“You cannot have your cake and eat it, too. Pick a lane,” Mr. Kenney said.

Before the meeting with Mr. Blanchet, Mr. Trudeau said he was looking forward to a discussion on “shared priorities,” including the fight against climate change, the cost of living, gun control and the protection of supply management.

“We will also have conversations in which we disagree, but it will be done in respect, because I think Canadians expect different parties in Parliament to work together constructively, and that’s exactly what I intend to do,” he said.

Mr. Trudeau announced Tuesday that Parliament will be recalled on Dec. 5 for the election of the speaker of the House and the Speech from the Throne. The Liberals will need the support of another party for the ensuing confidence vote on the Speech to avoid being defeated in the House, which would send the country back to the polls.

Mr. Blanchet said he expects the Speech from the Throne will be “consensual” and does not foresee a crisis in the early goings of the new Parliament.

“This Speech will be more about principles than about details," he said. "It’s only when we will arrive at the implementation stage – the budget, laws, committee work – that we will see whether we are close or far apart.” 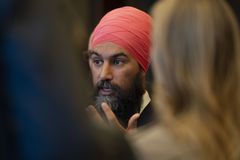 Bloc Québécois says it will not help Western provinces in dispute with Ottawa
November 13, 2019 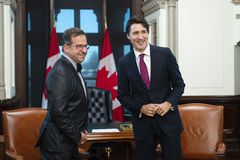 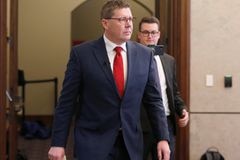