It was hard to tell during Tuesday’s election campaign stops whether it was Justin Trudeau or Erin O’Toole who was doing more to free the country’s politics from the bonds of actual money constraints.

Was it Mr. Trudeau, the Liberal Leader, who declined even to contemplate the notion that high deficits, combined with billions upon billions of dollars in campaign promises, might one day require a shift to a smidge more restraint, or at least some altering of the Liberal spending track?

Or was it Mr. O’Toole, the Conservative Leader, who expressly complained that Mr. Trudeau is recklessly racking up dangerous debt, yet made nothing approaching a substantive commitment to do anything about it? Instead, he promised the budget would be balanced in 10 years, all without cuts.

So far, the fiscal debate in this election campaign hasn’t attracted any actual participants. It is a chimera of airy disinterest and magical thinking.

It’s obvious that the public isn’t in a mood to hear politicians promising to cut spending, or balance the budget, or tackle the debt. It’s fine for party leaders to argue for greater or lesser public spending. But it would be worth knowing how far they think that spending should go, or under what circumstances they think it should change. Or if they think there should be any limits.

“It’s an open-bar environment,” said Kevin Page, the president of the Institute for Fiscal Studies and Democracy at the University of Ottawa, and a former parliamentary budget officer.

“There are no guardrails. There are really no targets. And there are no budgetary restraints right now.”

Campaigning politicians should make promises to spend on public priorities. On Tuesday, Mr. Trudeau did so in a news conference in a supporter’s backyard in Kanata, Ont., where he promised mental-health transfers to provinces totalling $4.5-billion over five years. Certainly, there is a need for improved mental-health care in Canada – although it would be better if provinces increased their own budgets to pay for those services.

Mr. Trudeau made other billion-dollar promises too, on Sunday and Monday. And he has zero interest in discussing any kind of potential fiscal constraint.

When asked on Tuesday if there might one day be a need to adjust the pace of spending a little, Mr. Trudeau said some pandemic benefits have already ended. He listed groups that still need supports, talked about having Canadians’ backs in a pandemic, and criticized the Conservatives for not understanding that a national child-care plan will drive economic growth. But he never came anywhere near an answer.

When Mr. O’Toole came out later in the day to criticize the Liberals for taking a reckless fiscal course and racking up dangerous debt, you would have thought he was going to set some of his own parameters for what is prudent, and how he might go about reducing deficits and debt. Nope.

So far, his marquee fiscal commitment, if you can call it that, is to balance the budget in 10 years. So, if elected, an Erin O’Toole Conservative government would leave balancing the budget to whatever government takes office afterward. “I don’t know what it means,” Mr. Page said.

As Mr. Page noted, you don’t have to promise a balanced budget to set targets. You can express a target for the deficit as a per cent of GDP, or make a pledge to lower the debt-to-GDP ratio.

Mr. O’Toole also promised to balance the budget without cuts. It stretches credulity for him to say that out-of-control Liberal spending is sending public finances off a cliff, but if the Conservatives are elected the government’s books will sort themselves out.

There are already questions about whether the Conservatives are counting on stronger-than-expected economic growth for their calculations. And there can be a lot of semantic debates about what counts as a cut.

And Mr. Page notes that Conservatives have made a long list of promises, too, including one very expensive one: a 6-per-cent annual increase in health care transfers to the provinces. It’s hard to imagine how these spending pledges will fit in with a balanced budget without cuts, even in a decade.

There is some hope for members of the public who are trying to guess the quantum of each party’s promises. The parties are expected to release costings reviewed by Parliamentary Budget Officer Yves Giroux before the end of the campaign. But those numbers will not be the whole answer. What will these leaders do if things change? Are there limits? So far, it’s an open bar. 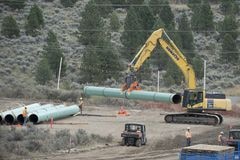 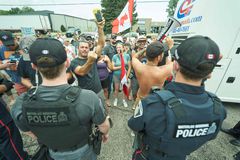 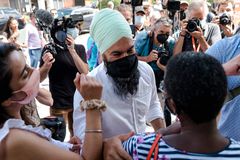