The bluest Liberal in cabinet has stepped down, shifting Prime Minister Justin Trudeau’s Liberal government even further to the left in this election year.

As President of the Treasury Board, which is responsible for the administration of the federal government, Scott Brison was seen as a voice of fiscal caution. Though loyal to his Prime Minister in private as well as public, anyone drawing up a list of members of the Liberal caucus who might be least comfortable with the government’s unending string of budget deficits would probably put his name at the top.

His departure only makes it more likely, as we await Monday’s cabinet shuffle, that grand and unaffordable new spending commitments – a national pharmacare program! a guaranteed basic income! – lie ahead.

Mr. Brison, MP for the Nova Scotia riding of Kings-Hants, started out political life as a Progressive Conservative, but crossed the floor rather than serve under Stephen Harper after the PCs and Canadian Alliance merged to become the Conservative Party in 2003. After the 2004 election, he served in Liberal prime minister Paul Martin’s cabinet before being consigned to a decade in opposition after the Conservatives came to power in 2006.

Philip Cross is a senior fellow at the Macdonald-Laurier Institute, an Ottawa-based think tank. He believes Mr. Brison’s greatest contribution to cabinet was the experience he brought to the table. “He earned his cabinet post,” Mr. Cross observed in an interview. “It wasn’t like he was just dropped into it,” as were rookie MPs Bill Morneau in Finance and Mélanie Joly in Heritage (before being moved to Tourism).

As President of the Treasury Board, Mr. Brison shared in the struggle to bring order to the chaos known as the Phoenix pay system. There were also questions over whether he attempted to influence the awarding of a shipbuilding contract, a charge he strenuously denied.

But he was generally seen in Ottawa as a sensible, pragmatic voice in a government with more than its share of idealists.

“I’ve always had respect for him,” said Mr. Cross, who identifies himself as considerably more conservative than Mr. Brison. “When I argued with him, I was arguing with an intellect.”

Although the string of deficits rung up by Finance Minister Bill Morneau seemed contrary to Mr. Brison’s core values, he always defended them as reasonable and affordable.

“We are a centrist, progressive government that is making smart investments in the future that is growing our economy,” Mr. Brison told The Globe’s Bill Curry, Thursday. Yes, that’s a talking point.

Regardless, his departure removes one of the last voices of fiscal caution at the Liberal cabinet table. There is widespread speculation in Ottawa that the Liberals plan some new national social program as the centrepiece of their election manifesto. Financial assistance for prescription drugs is one that often gets mentioned. And the government has announced it is studying some form of guaranteed annual income as a new floor for those who don’t otherwise qualify for federal government assistance.

Now, don’t be fooled: Liberals have a tendency to take their time delivering on election promises. Mackenzie King’s government proposed a national public health system in the 1940s, but it took two decades before Lester Pearson’s government delivered. The 1993 Liberal election platform promised a national child-care program. We’re still waiting, although the Trudeau government did invest significantly in supports for families with children.

As David Macdonald, senior economist at the Canadian Centre for Policy Alternatives, a progressive think tank, observes, it’s easy for a federal government to cut a cheque, either to individuals or to other levels of government, to help with child care or other priorities. But as for actually creating new, national programs such as pharmacare, “it’s difficult to get that up and off the ground,” he said in an interview.

Provincial consent must be obtained – no easy thing, as the Liberals learned with their plan to fight climate change – and governments often delay the heavy spending on commitments until three or four years out, which future governments can then cancel.

But this is no longer Mr. Brison’s fight. He was, it can be said, more compassionate than many conservatives, and more realistic than many progressives. In that sense, he reflected the cautiously aspirational impulse of most Canadians.

He served his country, as best he knew how, for two decades. For that he deserves our thanks. 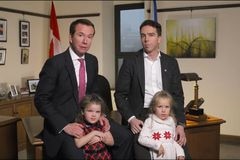 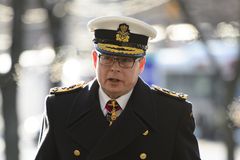