The federal government is launching national pay equity legislation and a new department for women and gender equality as part of a wide-ranging, 850-page budget bill tabled late on Monday.

The omnibus bill includes the new Pay Equity Act, which gives affected employers with at least 10 employees three years to come up with a pay equity plan. The legislation will apply to federal public servants and political staff, as well as federally regulated sectors such as banking, shipping and telecommunications.

“This is going to generate growth that will benefit everyone,” said Employment Minister Patty Hajdu, who held a news conference alongside other federal ministers to highlight the pay equity measures. However, the ministers were not able to say how much the new law would cost private companies or government departments.

“Coming up with a precise number of what it will cost, it’s almost an impossible task,” Ms. Hajdu said. “The work has to be done prior to assessing the cost. I can tell you that when women make more money and when they make equitable money for work of equal value, they spend that money in our economy, and in fact it contributes to a strong and growing economy.”

The budget bill also establishes the Department for Women and Gender Equality, which will replace Status of Women Canada. The February, 2018, budget said establishing the agency as a full department would help other departments incorporate gender-based analysis as a regular part of decision-making.

According to the legislation, the new department will have responsibility for “all matters relating to women and gender equality, including the advancement of equality in respect of sex, sexual orientation, or gender identity expression and the promotion of a greater understanding of the intersection of sex and gender with other identity factors.”

Other parts of the bill include the Canadian Gender Budgeting Act to promote gender equality, the Poverty Reduction Act, a host of technical tax changes and amendments to the Canada-Newfoundland and Labrador Atlantic Accord Implementation Act to address that province’s plan to reduce carbon emissions.

The federal government promised new pay equity legislation in the February budget, which focused on taking action to benefit women and increase their participation in the work force.

According to that budget, a woman working full time in Canada earns about 88 cents for every dollar of hourly wages earned by a man. It noted that Canada ranks 15th out of 29 OECD countries based on the hourly gender wage gap.

About 1.2-million people work in federally regulated sectors and the federal public service.

Last week, the federal government released the results of its consultations on the topic. It concluded that while there was broad support for the principle of pay equity – equal pay for work of equal value – the views from employers and employees “often differed.”

The consultation report said employers wanted flexibility and improvements to the existing rules rather than a replacement.

“Advocacy groups, for their part, focused on pay equity as a human right and women’s rights issue and favoured an approach that would take into consideration the fact that some groups are more disadvantaged than others,” the report concluded.

At 850 pages plus a table of contents, the second budget bill of the year is more than twice as long as the February budget.

Treasury Board President Scott Brison, who used to denounce large budget bills as an “extreme” abuse of democracy when he was an opposition critic, defended his government’s repeated use of them on Monday.

“Our latest budget was actually about Canada’s first truly feminist budget,” he said. “This is absolutely consistent with sound budgeting, respect for Parliament and doing what was already in the budget of 2018.” 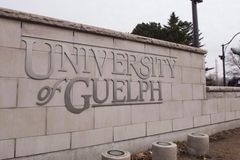 Women’s prospects for pay and board equality are getting worse Subscriber content
March 8, 2018 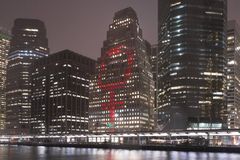 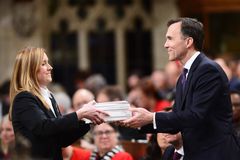