The Liberal government is preparing to introduce another large-budget bill, one the opposition fears will be particularly “humongous” in light of a tight deadline and new details contained in this week’s budget.

With just nine scheduled sitting weeks left before the House of Commons rises for summer – and won’t resume until after the federal election scheduled for October – MPs and senators will be under pressure to pass the budget quickly.

“What this suggests is this will be the most humongous omnibus budget legislation ever," NDP MP Peter Julian said. “It shows profound disrespect to Parliament.”

The Liberal Party campaigned in 2015 to end the “undemocratic practice” of using large omnibus bills to prevent public scrutiny, yet it has faced repeated accusations of doing just that while in government through large-budget bills.

The most recent example was last year’s decision to include a new law allowing for “remediation agreements” in lieu of criminal prosecution. Because it was introduced as part of a large budget bill covering a wide range of measures, it received less scrutiny by Parliamentarians than it would have had the measures been introduced as a stand-alone bill.

The controversial provisions have yet to be used. They are at the heart of the ongoing controversy over Prime Minister Justin Trudeau’s handling of the SNC-Lavalin matter, in which former attorney-general Jody Wilson-Raybould said she endured inappropriate pressure from Mr. Trudeau’s office to intervene in the criminal prosecution of the company and consider the new deferred prosecution agreement instead.

Mr. Morneau has long insisted that all of the measures in his budget bills were mentioned in previous budgets. The House of Commons Speaker, Geoff Regan, has twice ruled against that claim, siding with opposition concerns in relation to specific examples.

In November, Mr. Regan said that a 2018 budget bill – the second of two such bills that year – was “massive” at 854 pages, but that there were no rules in place for him to judge whether a bill is so large that it prevents MPs from properly performing their duty to scrutinize legislation.

In a nod to improved transparency on the issue, Mr. Morneau’s 2019 budget includes a new section that specifically lists all of the new pieces of legislation that will flow from mentions in the budget. The list contains 35 areas.

However, the budget only provides a high-level indication of what is to come in the legislation. For instance, on border issues, it states that the government will propose amendments to the Immigration and Refugee Protection Act “to better manage, discourage and prevent irregular migration.”

A spokesperson for Finance Canada said it is too early to say whether all of the legislation mentioned will be in a single budget bill, or a mix of budget bills and stand-alone legislation.

Conservative MP Gérard Deltell said he understands that large budget bills are required each year to implement government decisions, but including largely unrelated measures ultimately creates problems down the line.

“When you use that as a tool to dodge serious issues and serious debate, well, you pay a price and this country is paying a huge price with the bad judgment of the government, based on what we have seen with the SNC-Lavalin scandal," he said.

Mr. Morneau insisted again this week that his budget bill will only include measures that are in the budget.

“A budget bill, by definition, is to put in place the measures that we’ve put forward in the budget,” he said. “I think you can expect that we’ll comport ourselves the way we have in the past: We’ll try to carefully ensure that we only put things into the Budget Implementation Act that were actually in the budget and do that in a way that can ensure that the measures that we put forward really do have an impact on Canadians in the near term.” 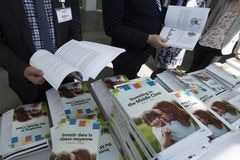 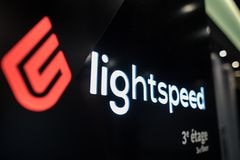 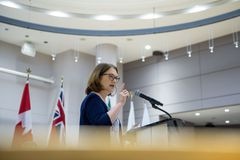