Liberal Leader Justin Trudeau has decided to switch his senior campaign team around for the coming election, bringing chief of staff Katie Telford on the campaign plane while long-time adviser Gerald Butts will be stationed at party headquarters in Ottawa.

In the last election, Ms. Telford oversaw party operations out of the Liberal war room, while Mr. Butts travelled for the duration of the campaign on the Liberal plane as the party’s top strategist.

The Liberal Party’s senior campaign team has now been finalized, according to a copy of the organizational chart obtained by The Globe and Mail. While the appointment of campaign director Jeremy Broadhurst was made last May, other senior Liberal officials had been waiting until recent days to find out exactly what role they would play on the campaign.

The election must be called by Sept. 15, but the writ could be dropped as early as this Sunday or around the middle of next week, after the Manitoba election of Tuesday. Voting day is set to be Oct. 21.

The Liberal government was rocked by the SNC-Lavalin affair this year. In August, the ethics commissioner found that the Prime Minister contravened the Conflict of Interest Act as part of his government’s efforts to help the engineering firm avoid a criminal trial through a remediation agreement.

Mr. Butts resigned from his position as principal secretary in the Prime Minister’s Office in February after acknowledging his role in a breakdown in relations with former attorney-general Jody Wilson-Raybould.

Mr. Butts’s position in the Liberal campaign as a special adviser at headquarters means that he will operate mostly out of the public eye during the election. Ms. Telford, who stayed in her position as chief of staff throughout the government’s mandate, will now spend the campaign alongside Mr. Trudeau at events across the country.

She will be accompanied on the plane by Ben Chin, the former chief of staff to Finance Minister Bill Morneau, and Cyrus Reporter, an Ottawa lawyer and former PMO adviser who was also on the plane in the 2015 election.

The campaign director is Mr. Broadhurst, who was chief of staff to Foreign Affairs Minister Chrystia Freeland. He is in charge of budgets and the campaign’s overall strategy.

The deputy campaign director, who holds a special responsibility for the party’s efforts in Quebec, is Olivier Duchesneau. Mr. Duchesneau is the former chief of staff to Jean-Yves Duclos, who is the Minister of Families, Children and Social Development.

Kate Purchase, who was Mr. Trudeau’s first director of communications in the PMO, will be chief content strategist. In that capacity, she will be in charge of matters such as advertising, debates and platform announcements.

The two media relations officers on the Leader’s plane in this election will be Cameron Ahmad and Chantal Gagnon, who were respectively director of communications and press secretary in the PMO.

At headquarters, Brian Clow will be in charge of the party’s “rapid response” to attacks from other parties or negative news stories. Mr. Clow worked in the PMO on the Canada-U.S. team and played a large role, alongside Ms. Telford and Mr. Butts, in the North American free-trade agreement renegotiations with the U.S. and Mexican governments.

Marci Surkes, the former chief of staff to Public Safety Minister Ralph Goodale, will be in charge of policy announcements. Mr. Goodale, who is running again in Saskatchewan, was co-chair of the Liberal Party’s platform team.

The Liberal Party’s ground game will be under Matt Stickney, who will act as the national field co-ordinator. Mr. Stickney, who was chief of staff to Procurement Minister Carla Qualtrough, will be in charge of efforts to identify Liberal supporters and get them out to the ballot box on voting day.

The Liberal Leader’s tour will be overseen by John Zerucelli, who also worked on the previous campaign and had a stint in operations in the PMO. The Liberal Party’s outreach team, which will be in charge of communications with various groups, will operate under Vandana Kattar, who was part of the PMO’s outreach team.

Operations will be the responsibility of Sarah Welch, who was chief of staff to Carolyn Bennett at Crown-Indigenous Relations, while the budget will be overseen by Laura D’Angelo, a former PMO staffer.

The head of the party’s digital operations will be Tom Pitfield, a long-time friend and supporter of Mr. Trudeau. Mr. Pitfield is the chief executive of Data Sciences Inc., which works with the Liberal Party on its voter-contact database called Liberalist.

The Liberals are entering the election with 177 seats in the House of Commons, ahead of the Conservatives with 95, the NDP with 39, the Bloc Québécois with 10, the Green Party with two and the People’s Party of Canada with one. There are nine independents and five vacant seats. 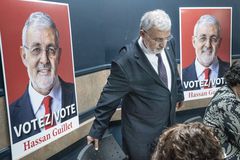 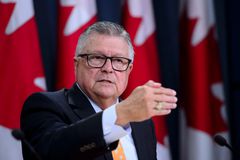 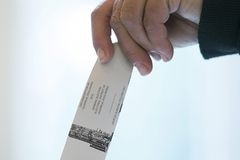