Finance Minister Chrystia Freeland is suggesting Canada could retaliate against U.S. companies if the United States goes too far with a Buy American approach to its postpandemic recovery plan.

Ms. Freeland spoke with reporters on Thursday in Washington after meetings with her counterparts in the G20 and International Monetary Fund, where discussions focused on ending the pandemic, corporate tax reform, climate change and supporting a balanced global recovery.

U.S. President Joe Biden announced this summer that enhanced Buy American provisions would be a key part of major public spending on infrastructure and other U.S. federal programs aimed at boosting domestic growth and job creation.

Ms. Freeland said she discussed the U.S. administration’s approach directly with Treasury Secretary Janet Yellen in a meeting this week.

“When it comes to Buy America, it’s important for the United States to understand that procurement is a reciprocal relationship,” Ms. Freeland said. The minister said U.S. companies do about $1-billion in business with the Canadian federal government each year, and suggested an aggressively protectionist approach could put that at risk. “What Canada is saying to our partners is our procurement opportunities will be open to your companies just as much as your procurement opportunities are open to ours. And that is something that I discussed with the Secretary of the Treasury.”

“At the end of the day, procurement is all about reciprocity. And so if the U.S. is going to become more protectionist in that fashion, I would expect countries around the world to do the same,” he said.

Ms. Freeland also said Canada is keeping a close eye on Canadian ports for signs of supply chain concerns. Mr. Biden announced on Wednesday that his administration struck a deal with the Port of Los Angeles to stay open 24 hours a day to address a massive backlog of container ships.

The minister said global supply chain problems are a concern and the issue was discussed during the G20 and IMF meetings.

“What we have seen in Canada and around the world is that shutting down an economy, as we had to do to fight COVID, is a simpler process than turning an economy back on,” she said. “We need to be realistic about that, mindful of that. But I think we can also have a very confident outlook about Canada’s economic resilience, and about the strength of our recovery.”

Ms. Freeland must soon decide whether to extend wage and rent supports for businesses – and income support for individuals who can’t work because of COVID-19 – that are set to expire on Oct. 23. When asked for an update, the minister would say only that she is consulting government officials and business leaders.

Ms. Yellen said in a statement on Thursday that governments must continue to provide pandemic-related programs.

“Major economies have a tremendous opportunity to utilize their fiscal space to continue to support their economies through the uncertainty of the pandemic,” she said.

The IMF released its twice-yearly Fiscal Monitor report this month, which provides an overview of the fiscal approaches of world economies. The report shows that Canada’s general government deficit (which combines federal and provincial balance sheets) of 10.9 per cent of GDP in 2020 was in line with the average (10.8 per cent) among advanced economies. The report also shows that Canada’s government deficits are on track to unwind more quickly than the world average, dropping to 0.5 per cent of GDP by 2023 in comparison to projected average deficits of 3.6 per cent that year among advanced economies.

Canadian government officials prefer to highlight figures for net debt, which are more favourable because they include the balance sheets of government-run pension plans, and in Canada they generally have surpluses.

The IMF report states that the recent increase in government debt around the world was “fully justified” by the need to respond to COVID-19 and its economic and social consequences, Vitor Gaspar, director of the IMF’s fiscal affairs department, said in an opening note to the report.

Mr. Gaspar said the global recovery is uneven and that a “great financing divide” separates countries that have access to lower borrowing costs from those that do not. 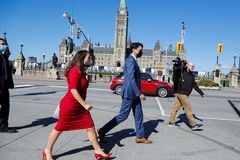 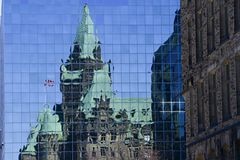