The federal cabinet approved draft plans last year that would give Canada’s broadcasting regulator broad powers to decide how much money online streaming services should contribute to Canadian content and what content should qualify as Canadian.

The draft instructions to the Canadian Radio-television and Telecommunications Commission were approved by cabinet in August as the government prepared to introduce Bill C-10 in November. The bill aims to bring streaming services such as Netflix, Crave, Disney+ and Spotify under the existing Broadcasting Act, which would require these companies to support Canadian cultural industries.

The bill was criticized in November because many of the details were to be revealed after the bill becomes law in the form of cabinet directions to the CRTC. The government released those instructions Thursday in draft form in response to a request by MPs on the Canadian Heritage committee.

The draft directive empowers the CRTC to “establish a clear methodology that sets an appropriate level of funding and determines which classes of broadcasting undertakings are required to contribute in a way that is proportionate to the objective.”

The directions do not estimate how much money would be collected from streaming platforms. When the bill was introduced, the government said it would raise as much as $830-million a year toward Canadian content by 2023.

University of Ottawa law professor Michael Geist, who is Canada Research Chair in Internet and E-commerce Law and a critic of Bill C-10, said the cabinet directive contains less detail than expected, which leaves important decisions to be made later by the CRTC.

“An incredible amount of power is being vested in the regulator,” he said. “The shape of what internet broadcasting services will look like – in many ways, what the internet will look like in Canada – will be determined by unelected regulators at the CRTC with very little guidance coming from Parliament or the government.”

The Conservative Party has called for the bill to be withdrawn and rewritten.

NDP MP Heather McPherson, who requested a copy of the cabinet order as a member of the Canadian Heritage committee, said her party supports the bill in general but will be proposing amendments.

In an interview, she said it “enrages” her that the government is only providing this document now. “There’s not much there,” she said. “It’s one more example of the government doing the bare minimum.”

Canadian Heritage Minister Steven Guilbeault said in a statement that the document is a draft that will be updated once the legislation is approved by Parliament.

“Another version of the policy directive, that will take into account possible upcoming amendments to the bill, will be sent to the CRTC once the bill receives royal assent. We are acting transparently to move forward with the much-needed and anticipated legislation that will restore fairness and allow for additional investments for our Canadian stories and music,” he said.

“Recognizing ourselves, in the diversity of our identities, on screen and in music, is essential to the development of our communities and future generations. This is how our sense of belonging is forged and how our cultural sovereignty is preserved.”

Mr. Guilbeault’s statement added the government remains open to proposals on how to improve the legislation.

The legislation is one of several current or promised bills that Mr. Guilbeault is proposing that relate to regulation of the internet. The minister has also introduced a bill updating Canada’s privacy laws and has said a bill on online hate and another bill related to supporting the news media industry will be introduced early this year. 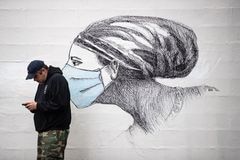 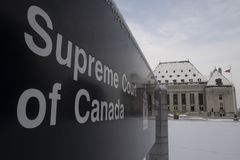 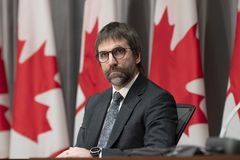