Canada’s ambassador to the United States, Kirsten Hillman, summed up part of the Western world’s feelings about this week’s inauguration of Joe Biden as U.S. president in the language of diplomats. The new administration will be more predictable, she said in a television interview this weekend, and there will be more “policy alignment” with Canada.

In other words: Phew. The world can expect less chaos. Diplomats such as Ms. Hillman no longer have to wonder if the next tweet will shake their country’s economy, or its sense of security.

Yet there is another more insecure feeling in Ottawa and many other capitals, which comes from an unanswered question: Can Mr. Biden restore U.S. global leadership?

Mr. Biden has signalled that he sees working with allies and rebuilding global trust as key priorities. As a symbol, he plans to issue orders to rejoin some of the international arrangements that Mr. Trump left, such as the Paris climate accord, immediately after his inauguration on Wednesday. He has talked about working with allies to confront China.

But a look at the fenced-off streets of a heavily guarded Washington on Inauguration Day might raise doubts about the new president’s ability to muster his divided country to any kind of global leadership.

Outside the United States, four years of Donald Trump created a thirst for American leadership that many countries probably never expected to feel. Mr. Trump threatened South Korea that he’d withdraw a missile-defence system that defends the country against North Korean attacks. He threatened Canada he’d destroy its economy if it didn’t renegotiate the North American free-trade agreement.

Mr. Trump mistrusted any partnership for dealing with any other country, or any issue. He didn’t care for alliances or rules-based international systems. Yet most of his allies, like Canada, count on them, and counted on the U.S. to make them work.

So as Mr. Biden takes office, building up trust with allies isn’t just about holding hands or philosophical notions. It will affect how countries like Canada deal with real issues, such as coping with a rising China.

Justin Trudeau’s government, for example, is waffling over trying to put together some kind of new China policy, ostensibly a tougher, realpolitik approach to a country that uses trade levers as rewards and punishment, and has imprisoned Canadians Michael Kovrig and Michael Spavor as retaliation for arresting a Huawei executive on U.S. charges.

A lot of other countries – European Union members, Australia, South Korea, Japan – have similar concerns, so they are watching for a change in Canadian China policy. And Canada, like a lot of those countries, is waiting to see what Mr. Biden does.

The president-elect’s team has talked about working with democratic allies to ensure China follows global rules. But some of those allies have to harbour doubts about whether the U.S. is now an inconstant ally. Or whether the new president, leading a divided domestic polity through pandemic and recession, can expend political capital on global leadership.

China is an example. There is now a bipartisan consensus in Washington that China is a strategic rival. But there’s no coherent consensus on how to deal with China on trade, let alone any mechanism that would make U.S. allies think there is a system they would be protected from China exerting economic power.

What will Mr. Biden do? Mr. Trump gummed up the World Trade Organization’s appeals because he thought they were unfair, and struck up a bilateral negotiation with China, imposing tariffs and demanding Beijing address trade balance.

Mr. Biden hasn’t been clear about what he’d do about trade with China, or how he might involve allies in dealing with China on trade. But it’s hard to imagine he will spend the political capital of his first year in office on revamping global trade rules, which raises dangerous domestic disputes.

The prospects for the revival of U.S. global leadership under Mr. Biden depend on whether it is possible to lead the divided United States anywhere.

Mr. Trump dominated U.S. politics for four years with assertions that foreigners were taking Americans for suckers, and that every alliance was just part of the swindle. Mr. Biden is a rare president coming into office who actually has to make the case that the U.S. should aspire to global leadership – at a time when so many of his allies wish he would. 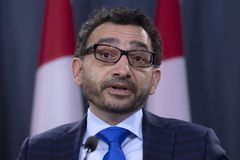 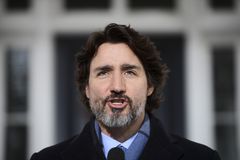 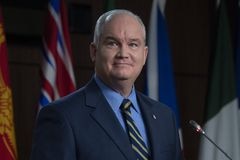