Canada and its political leaders were targeted more than 300 times in Twitter accounts now shut down by the social-media giant because of links to the Russian government or its proxies.

As well, topics connected to Canadian interests – from the North Atlantic Treaty Organization to Latvia and Ukraine, where Canadian soldiers are deployed – feature in thousands more often-critical tweets. The tweets come from accounts that Twitter recently said it “permanently suspended.” Twitter said it found many tweets that focused “on undermining faith in the NATO alliance and its stability.”

Another account, attacking Ottawa’s criticism and sanctions against Venezuelan officials over their undemocratic conduct, said “Canada is really showing it’s war criminal colors as a colony of the United States empire.”

DisinfoWatch.org, a new disinformation monitoring and debunking project at the Ottawa-based Macdonald-Laurier Institute think tank, sifted through more than 68,000 tweets released last month when Twitter disclosed the results of efforts to identify networks of state-linked information operations. Twitter said these campaigns were trying to disrupt the “open democratic conversation” on its application.

These included accounts that Twitter said “can be reliably tied to Russian state actors” as well as accounts from co-ordinated campaigns “that show signs of being affiliated with the Internet Research Agency (IRA) and Russian government-linked actors.” The Kremlin-backed IRA is often informally referred to as the “Russian troll factory” used to develop and amplify disinformation. Canada-related tweets in this matter date as far back as 2009.

Tweets from the suspect accounts sometimes push narratives with no proof, including a pro-Kremlin journal that opined in 2019 that the departure of former Chinese ambassador to Canada Lu Shaye amounted to some kind of rebuke of Ottawa by Beijing. “China Removes Its Ambassador From Canada: Decides Canucks Are Too Nuts Under Technocrat Trudeau Regime,” the tweet said, linking to the journal article.

A significant number of the tweets paint Mr. Trudeau as a tool of the wealthy. “Trudeau is another neoliberal capitalist pawn of the oligarchy,” one account said in 2017.

The federal department of Canadian Heritage is currently funding projects that it says are designed to “strengthen citizens’ critical thinking about online disinformation.” However, Mr. Kolga said this institution, which is normally focused on culture, history and sports, “is simply not equipped to understand or deal with the information-warfare threat” at hand.

“Our allies in Europe and the United States are way ahead of us on this.”

Mr. Kolga is calling on Canada to put sanctions on the Russian tycoon Yevgeniy Prigozhin as a first step. The U.S. government has accused him of being the primary funder of the Internet Research Agency, and the Federal Bureau of Investigation is currently offering a US$250,000 reward for information leading to his arrest. He is already the target of U.S. sanctions for various reasons including allegedly meddling in the U.S. elections in 2016 and 2018.

A number of the now-defunct Twitter accounts that targeted Canada are associated with the Internet Research Agency.

“These tweets demand a Canadian response, and the immediate addition of Prigozhin to our sanctions list would be an appropriate first step,” Mr. Kolga said.

On Feb. 26, Russian Foreign Ministry spokesperson Maria Zakharova criticized Twitter for the ban of Russian-linked accounts, accusing it of becoming a “tool of global digital diktat in the hands of the Western establishment.” 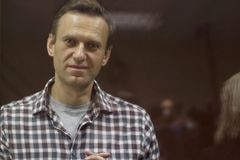 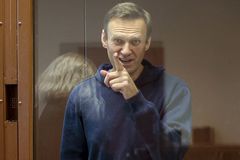 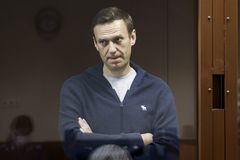