Canada and Britain have announced measures to ensure their companies are not complicit in human rights abuses in China’s Xinjiang region.

The area has been the focus of growing international attention over mass detentions, forced labour and alleged genocide carried out against people who are not part of the dominant Han Chinese ethnic group.

The centrepiece of what the government called a comprehensive approach to defending the rights of Uyghurs and other ethnic minorities in China is a commitment to bar the import of products made using forced labour from prison camps.

Trade analysts and Uyghur advocates said the Canadian measures fall short, but the announcement is nevertheless one of the highest-profile attempts Prime Minister Justin Trudeau’s government has made to censure China since taking power in 2015.

The United Nations estimates that more than one million Muslims have been incarcerated in Xinjiang, a region in northwest China, and activists say crimes against humanity and genocide take place there. China has denied any abuses and says its camps in the region are intended to fight extremism and provide vocational training.

Foreign affairs minister François-Philippe Champagne, who later on Tuesday was moved to the department of Innovation, said in a statement with International Trade Minister Mary Ng that Canada felt it necessary to act. China’s conduct, including “repressive surveillance, mass arbitrary detention, torture and mistreatment, forced labour and mass transfers of forced labourers” to other regions breach China’s international obligations to respect human rights, the statement said.

“Canada is deeply concerned regarding the mass arbitrary detention and mistreatment of Uyghurs and other ethnic minorities by Chinese authorities. Nobody should face mistreatment on the basis of their religion or ethnicity,” the statement said.

The measures include prohibiting the import of goods produced wholly or in part by forced labour; requiring Canadian companies doing business in the region to certify they are not knowingly sourcing products or services from a supplier implicated in forced labour or other human-rights violations; commissioning a study to determine the extent that Canada’s supply chains are tied to forced labour.

Clothing is a big target for scrutiny, as are tomato products. More than 80 per cent of China’s cotton originates in Xinjiang. It’s been estimated that 20 per cent to 25 per cent of the world’s tomatoes come from there. The Xinjiang Production and Construction Corps, one of the main government entities that runs detention camps for Uyghurs, also produces tomatoes for ketchup and tomato sauce around the world.

The U.K. measures are similar, but include tougher penalties for breaking the rules. Canada will deny trade promotion support and access to export loans for companies that run afoul of the measures; British companies could be fined.

Some of what Canada is announcing is not new. A prohibition against importing goods produced with forced labour was passed into law in July to conform with the new United States-Mexico-Canada Agreement. The plan to scrutinize proposed export permits, including for sales of Canadian technology and services that could be used to abet surveillance, repression, arbitrary detention or forced labour, reflects existing rules.

He noted the requirement for businesses to certify they are not importing goods made with forced labour applies only if they are seeking federal trade-promotion assistance.

“It looks like a big package … but the measures that are actually legally binding have already been in place for some time,” he said. He added that the new ones are more about forcing companies to give as much consideration to the concern over forced labour as they would with other policies.

Last fall, MPs on a parliamentary committee said China had committed genocide against its Muslim Uyghur minority and called for sanctions against Chinese officials.

The statement from the House of Commons subcommittee on international human rights came shortly after China’s envoy to Canada warned parliamentarians against recognizing the mass detention and abuse of Uyghurs as genocide.

The committee called the Chinese detention facilities concentration camps and urged the government to not only condemn China’s actions, but recognize that they constitute genocide, and work with allies to help international observers gain access.

Mehmet Tohti, executive director of the Uyghur Rights Advocacy Rights Project, said the Canadian measures are positive signals but fall short of tougher actions in the United States, which also bans imported goods made with forced labour from Xinjiang, but requires importers themselves to prove their products comply.

“There is an important feature missing,” he said of the government’s announcement. “So you have to ban it as the United States did unless it is proven otherwise and shift the onus on the companies.

“The Canadian market and shopping malls are full of [cotton] products made by Uyhgur forced labour, and in Canada we are still subsidizing with our money by purchasing those products so there needs to be concreted measures taken,” he said.

Cheuk Kwan of the Toronto Association for Democracy in China said Canada is taking a “good first step but it is not good enough.”

“These are fairly innocuous measures that China can easily skirt, and can be difficult to verify, as we know they have done so in the past,” he said. “China could fake certificates. You are counting on the fox to count the hens.”

Mr. Kwan also urged Ottawa to slap sanctions on Chinese officials who are responsible for the oppression of Uyghurs and the crackdown on pro-democracy activists in Hong Kong.

“It’s about time we take action that will hurt China’s high officials,” he said. 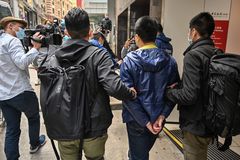 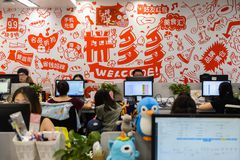 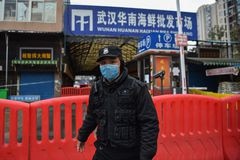