Consular officials have been unable to meet for almost three months with two Canadians imprisoned in China because jails there are closed to visitors as a result of the COVID-19 pandemic.

Diplomat-on-leave Michael Kovrig and entrepreneur Michael Spavor have been detained by China since December, 2018, in what is widely seen as retaliation for Canada’s arrest of Meng Wanzhou, an executive of Huawei Technologies Co. Ltd., in order to comply with a U.S. extradition order. Mr. Kovrig and Mr. Spavor have been incarcerated for more than 16 months now, held in facilities where the lights stay on 24 hours a day.

“The most recent consular visits to Michael Kovrig and Michael Spavor took place in January, 2020. Detention centres in China are currently closed to outside visitors due to concerns related to COVID-19,” Anabel Lindblad, a spokeswoman for Global Affairs Canada, said in a statement.

She said the government is trying to find a way to gain access to the men.

“Canadian officials are looking at options to ensure regular consular access to Mr. Kovrig and Mr. Spavor, and to other Canadians detained in China, in accordance with the safety protocols of the relevant Chinese authorities.”

Documents released by the Canadian government last week show that Ottawa has been trying, unsuccessfully, to convince the Chinese government to let officials visit the men despite the outbreak.

Another briefing note for a scheduled Feb. 26 conversation with Stephen Biegun, the U.S. deputy secretary of state, says China has quarantined prisons and suggests Mr. Champagne ask the U.S. official if the United States is encountering the same obstacles. “Does the U.S. have similar challenges with your own consular cases in China?” the note says.

“Apologies … but due to the Privacy Act, we cannot provide further information," Ms. Lindblad said.

The last publicized visit of Canadian officials with Mr. Kovrig was on Jan. 14; with Mr. Spavor, Jan. 13.

Canadian authorities have typically been granted consular access to the men once a month since they were detained on Dec. 10, 2018.

According to the Canadian government, the primary purposes of a consular visit include assessing the well-being of a Canadian citizen; clarifying the nature of the detention with the local authorities and with the citizen; providing guidance on the legal process in the country; seeking access to medical attention, if required; and providing a communication link between the detained citizen and their loved ones.

Alex Neve, secretary-general at Amnesty International Canada, said Ottawa should be persistent in pressing Beijing to allow access to the two imprisoned Canadians.

“Consular access, especially in situations of wrongful imprisonment, is an absolutely essential human-rights safeguard, and Canada should certainly not accept that the pandemic is a reason to suspend that,” he said. “There are obviously all sorts of ways that appropriate public health safeguards can be taken so the consular visits could go ahead.”

Mr. Neve said the two men must be under “heightened stress and emotional anguish” over the possibility of contracting COVID-19 in prison.

“I am very alarmed to hear that the isolation of these two individuals has continued and they are deprived of consular visits,” he said. “I find it difficult to take that the Chinese government could not find a way to ensure the safety of visitors and the prisoners despite COVID-19 … and I would want the Canadian government to make strong protests to the Chinese government to seek to have that remedied as soon as possible.”

Opinion
When it comes to Huawei, there’s no such thing as a free gift
April 9, 2020 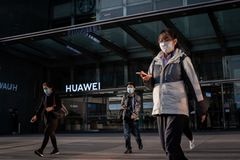 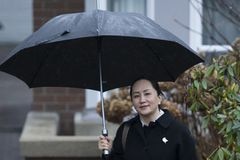 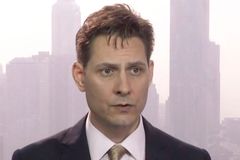 Coronavirus information
The Zero Canada Project provides resources to help you manage your health, your finances and your family life as Canada reopens.
Visit the hub
Follow Steven Chase and Robert Fife on Twitter @stevenchase @RobertFife
Report an error Editorial code of conduct
Due to technical reasons, we have temporarily removed commenting from our articles. We hope to have this fixed soon. Thank you for your patience. If you are looking to give feedback on our new site, please send it along to feedback@globeandmail.com. If you want to write a letter to the editor, please forward to letters@globeandmail.com.
Comments