The federal government cut the number of cities that store critical medical supplies to six from nine during the past two years, and over the past decade consistently underspent in the funding envelope that included stockpile management, documents show.

It’s unclear, though, how many warehouses there are in each of the cities and how that has changed over time.

A 2011 report said the national emergency strategic stockpile or NESS was spread out across 11 warehouses in Canada. The Public Health Agency of Canada has not said how many warehouses it has now.

The 2011 report also said the agency had 1,300 “prepositioned sites” or smaller depots containing medical equipment and supplies. At the House of Commons health committee Tuesday, Sally Thornton, the agency’s vice-president in charge of the stockpile, said there were about 1,000 of those smaller sites in 2012. The agency has not said how many prepositioned sites it still operates today.

Ms. Thornton said the stockpile’s footprint was cut after a review "found it was too large.”

Access to supplies for front-line workers has become a key challenge in the government’s response to the COVID-19 pandemic. Prime Minister Justin Trudeau and his ministers have conceded that Ottawa didn’t stockpile enough equipment, but just how short the stockpiles were hasn’t been disclosed. A 2006 report recommended Ottawa maintain a 16-week supply of that equipment.

The consequences of not doing so are playing out in real time, with medical workers facing pronounced shortages in personal protective equipment, leading, for example, to some staff reusing the same mask between patients. Officials say Canada’s supplies are in a better position now than a few weeks ago, but challenges persist.

The 2011 federal report said the NESS is supposed to act as an “insurance policy” for the provinces and territories, and it said the NESS should continue amassing supplies, including equipment for pandemic preparedness.

Ms. Thornton told the committee a “minimum level” of personal protective equipment was stockpiled, but she said she couldn’t disclose what the minimum standard was and didn’t know the number of masks the stockpile had before the pandemic hit.

A 2018 review of Canada’s emergency preparedness said the closing of three federal warehouses and 17 prepositioned sites would save $600,000 but the health agency would “still be able to maintain 24-hour service delivery targets.”

Last week, CBC reported that when the agency closed a warehouse in Regina in 2019, it tossed two million expired N95 respirator masks and 440,000 expired medical gloves.

On Monday, the federal agency said when a warehouse is closed, anything still usable is moved to a different location and “anything that was damaged, expired, unusable or obsolete was disposed of.”

“The amount of personal protective equipment supplies stored by the national emergency strategic stockpile is not directly correlated to the number of warehouse locations across the country,” spokesperson Natalie Mohamed said. The agency has not said whether it replaced the expired protective gear.

Canada’s first chief public health officer, David Butler-Jones, who was still at the agency when it launched a review of the stockpile, said one of the goals was to cut spending on the warehouses in order to dedicate more toward the maintenance of the stockpiles.

The specific budget for the stockpile is not publicly available and Ms. Thornton was not able to provide the information when asked by NDP MP Don Davies. However, the funding envelope for the agency’s program that is responsible for managing the NESS has changed dramatically over the past decade of Conservative and Liberal governments, to $71.8-million in 2014 from $19.8 million in 2012.

Since then, funding has hovered between $60-million and $70-million each year, until last year when it dipped to $54.9-million.

“It does not have a large budget when I look compared to my international colleagues or even some of my domestic partners," Ms. Thornton said. "It has been funded for what it was tasked to do. ... It was not asked to prepare beyond surge capacity for provinces and territories.”

That interpretation conflicts with what the role of the stockpile is, according to the government’s own website and documents, Conservative MP Matt Jeneroux told The Globe and Mail after the committee hearing.

Since the pandemic took hold in Canada, national security expert Wesley Wark said federal officials have “really underplayed” the significance of the stockpile and an “absence of transparency” has hampered an understanding of what happened with it.

Prof. Wark, who is an associate professor at the University of Ottawa, also said while invoking national security to protect the location of the stockpiles makes sense, applying that same secrecy to its inventory “stretches the imagination a bit."

Saskatchewan to outline plan for ‘gradual’ restart to economy beginning next month
April 23, 2020 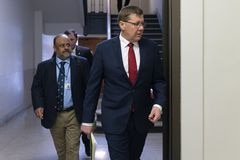 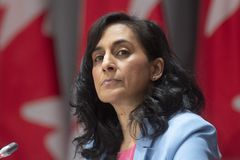