Foreign Affairs Minister François-Philippe Champagne said Ottawa will not tolerate the intimidation of human rights activists in this country by foreign governments after a democracy activist told a parliamentary committee she and her family have faced threats from Beijing over the past year.

But Amnesty International said Wednesday that Canada’s response to rising complaints about bullying by pro-China forces has been hapless, muddled and ineffective.

Parliamentary hearings on Canada-China relations this week in Ottawa included testimony from Canadians of Hong Kong origin, who described threats they’ve received on Canadian soil during the course of their advocacy for democratic rights in the former British colony.

Cherie Wong, executive director of Alliance Canada Hong Kong, told the Commons committee on Canada-China relations that she has been the target of “death and rape threats,” as well as talk of harming her family, over the past 12 months. At rallies – even on Parliament Hill – pro-Beijing supporters have harassed and threatened those demonstrating in support of Hong Kong. Afterward, the personal information of pro-Hong Kong demonstrators – cellphone numbers, e-mail addresses, photos, class schedules – was published online.

Her experience echoes a May report by Amnesty International Canada and other groups warning that Chinese government officials and supporters of the Communist Party of China are increasingly resorting to “threats, bullying and harassment” to intimidate and silence activists in Canada, including those raising concerns about democracy and civil rights in Hong Kong, and Beijing’s mistreatment of Uyghurs, Tibetans and Falun Gong practitioners.

This intimidation includes threats of sexual violence and other physical violence against targets in Canada, as well as their family members in Hong Kong and China.

Conservative foreign affairs critic Leona Alleslev asked Mr. Champagne on Wednesday in the House of Commons about testimony such as Ms. Wong’s, and whether the government would introduce legislation to fight foreign interference.

“Witnesses at the Canada-China committee stated the People’s Republic of China is actively threatening Canadians on Canadian soil who seek to expose China’s authoritarian agenda. These individuals have been subjected to everything from physical threats, commercial blacklisting and state-backed cyberhacking with no protection from Canada. When will this government introduce legislation to combat foreign influence and protect basic human rights in Canada from aggressive actions of the Chinese Communist Party?” Ms. Alleslev asked.

Mr. Champagne told the Commons that Canada does not allow such intimidation and said Ottawa has been swift to address it.

“Let me be very clear, the safety and protection of Canadians is paramount to this government. We will never allow any form of foreign interference in Canada by state or non-state actors,” the Foreign Affairs Minister said.

He said Canada has acted whenever complaints have arisen. “Every time there have been allegations … we have taken action with the Minister of Public Safety,” he said, and advised Canadians to contact the police if they are being threatened.

“We invite any Canadians who might be subject to any form of such actions that have been described to contact law enforcement authorities and we will always defend the freedom and liberty of Canadians in Canada from foreign interference.”

But Alex Neve, secretary-general at Amnesty International Canada, said the response from Canadian authorities to such complaints has been unco-ordinated and disappointing. He said that in 2017 and again in May this year, Amnesty and other groups in the Canadian Coalition on Human Rights in China published reports on the intimidation and threats, as well as recommendations to address it – but these have received little response.

He said targets of harassment end up discouraged. “Individuals have often found they turn to one agency only to be told to go to another, and yet another, and at the end of the day told, ‘Well, we share the concern, but there’s not really anything that can be done here because it’s not a clear criminal offence,’ or, ‘You don’t have enough evidence.’ ”

The Amnesty-led coalition has recommended establishing a point person and hotline to handle complaints, talking to China about the harassment, and the consideration of a law to counter foreign interference as other countries such as Australia have enacted.

Mr. Neve said the response from the Canadian government, from security agencies and from police “lacks coherence and at the end of the day therefore is entirely ineffective.”

“Individuals experiencing these instances of interference and of threats, including threats of sexual and other physical violence and threats against family members in Hong Kong or in China, are largely left without effective recourse, often unsure where to turn and what to expect,” he said in recommendations provided to the Canada-China committee this week.

“It may be a considerable challenge to counter China’s influence on the world stage, it may be difficult to exert pressure for human rights reform on the ground in China, but there is no excuse for a failure to take robust and decisive steps to counter human rights abuses that may be linked to or backed by Beijing – connected to what is happening in Hong Kong, but taking place here in Canada.”

The Chinese embassy in Ottawa did not immediately respond to a request for comment. 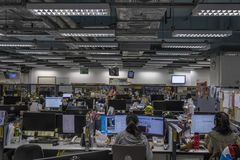 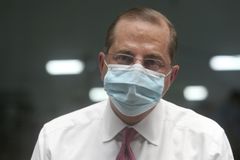 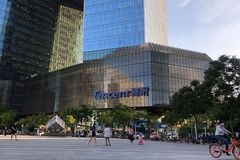