Jane Lee is co-founder of New Hong Kong Cultural Club, a group of Canadian supporters of democracy in Hong Kong that has branches in Toronto, Calgary and Vancouver. She said her group has assisted 30 Hong Kongers in applying for asylum in Canada, and of these, all have been recognized as claimants. Of this group, 14 have been accepted as political refugees.

These developments are a sign Canada is opening its doors to those targeted by the Chinese government.

The Hong Kong canary is dead

Immigration Minister Marco Mendicino’s office declined to comment on refugee applications, saying decisions on those are made by an independent board, but said Canada intends to welcome Hong Kongers where possible.

“The ties that bind Canada and Hong Kong run deep, [and] with many young Hong Kongers casting their eyes abroad, we want them to choose Canada,” Alexander Cohen, press secretary for Mr. Mendicino, said in a statement. “We strongly support the right to peaceful protest, freedom of expression and freedom of assembly, and taking part in these is never an offence under Canadian law.”

As Vancouver immigration lawyer Richard Kurland points out, however, accepting refugees from Hong Kong is also an indictment of the Asian city’s justice system, which still retains the legacy of institutional frameworks from Britain, despite Hong Kong’s 1997 handover to China.

He said the sweeping new security law imposed on Hong Kong last June by Beijing has made it easier to obtain refugee status in Canada. This law was ostensibly to target secession, subversion and terrorism, but it contains vaguely defined offences that critics say effectively criminalize dissent and opposition.

“By implication, the Canadian refugee determination system has put the Hong Kong judicial system into disrepute.”

The Globe and Mail has spoken to some of the refugees, but it’s withholding reporting certain details of their cases because they fear retribution against themselves or families back in Hong Kong by agents of the Chinese Communist Party. The Globe is also granting them confidentiality for the same reason.

Under Canadian law, a “convention refugee” refers to the United Nations convention relating to the status of refugees and is defined as someone who cannot return to their home “due to a well-founded fear of persecution based on race, religion, political opinion” or other factors.

Peter (a pseudonym), a Hong Konger in his 30s, is one of the 14 applicants who has gained asylum in Canada. The Immigration and Refugee Board of Canada informed him in a letter dated Dec. 1 that the refugee protection division has determined he is a “convention refugee” and his claim for asylum was accepted.

Peter has settled in an Ontario city and enrolled in information technology studies to help restart his career. His activist career dates back as far as the 2014 Umbrella Movement protests in Hong Kong after Beijing rejected the idea of open elections and said it would control the nomination of candidates for the election of Hong Kong’s chief executive.

He said he was not arrested or charged for protesting but was under surveillance and felt it was unsafe for him to remain in Hong Kong. Peter said he sorely misses his family and expects his only means of visiting them in the future will be to meet somewhere such as Taiwan.

Peter said he’s aware of many Hong Kong activists who would like to apply for asylum in Canada but cannot because pandemic travel restrictions prevent them from reaching Canadian soil to make a claim.

Western countries including Canada, Australia, Britain and the United States have accused China’s one-party state of breaking a 1984 treaty in which Beijing pledged to maintain Hong Kong’s local autonomy, civil rights and rule of law for 50 years after the handover. Since June, 2020, authorities in Hong Kong, backed by Beijing, have barred pro-democracy legislators from running for office, and this month police conducted sweeping arrests of most of the remaining opposition figures and activists.

Mr. Kurland said he believes China’s strategy is not to bring dissident Hong Kongers to heel, but instead encourage an exodus of those who disagree with rule by the Chinese Communist Party, leaving the city and its wealthy real estate as a haven for Chinese elite. “They want to keep the water on boil but not overflowing the pot – executing public arrest warrants to motivate people to leave. If they can chase away 50,000 to 60,000 young people a year to other countries, it’s low-cost for them.”

There are an estimated 300,000 Canadian citizens living in Hong Kong, but their future there is not certain.

The Vancouver lawyer said he believes China will at some point move to force foreign passport holders to choose between their Hong Kong residency permit and citizenship abroad.

Regina Ip, a pro-Beijing lawmaker in Hong Kong, wrote a column in the South China Morning Post last Sunday saying Hong Kongers should be required to make a choice between the right of abode in Hong Kong or foreign citizenship.

She said Beijing has long adopted a “one eye open, one eye closed” approach to Hong Kongers with dual nationality, but argued this should change. “Twenty-three years after the handover, those who make a conscious decision to leave and, by implication, give up on Hong Kong, should be asked to make a choice – China or a foreign country,” she wrote. 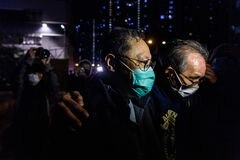 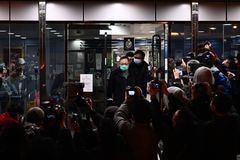 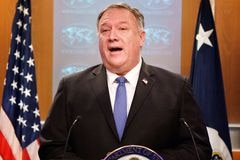