The head of investments at the Canada Infrastructure Bank has resigned after just 10 months on the job amid criticism the Crown corporation has been slow in reviewing and approving projects.

Nicholas Hann, who was responsible for the bank’s investment strategy, departed from his role in mid-July. He was appointed last October by Pierre Lavallée, a former Canada Pension Plan Investment Board executive who was named the bank’s first chief executive in May, 2018.

The Liberal Party promised in the 2015 election campaign to spend billions on infrastructure and said a new bank would be a key element of that plan. The bank launched in late 2017 with $35-billion in funding from the federal government and the chair of the bank’s board said then that projects would likely start to be approved by late 2018.

The bank only made one announcement last year in support of an existing project. Three more announcements came this year, bringing the bank’s planned commitments for spending and loans to just more than $3-billion.

The bank’s mandate is to become a centre for expert advice on infrastructure projects and a vehicle for attracting large institutional investors, such as pension funds, to invest in Canadian projects that generate revenue and are in the public interest.

However, the two main opposition parties – the Conservatives and the New Democrats – say the organization is a poor use of tax dollars and they would wind it down if either were to form government after the October federal election.

Will the $35-billion Canada Infrastructure Bank survive the election?

Documents reveal Ottawa pressing infrastructure bank to back Via project

During his time at the bank, Mr. Hann played a lead role in reviewing potential projects and recruiting new staff.

In an interview with The Globe and Mail, Mr. Hann declined to comment on his reasons for leaving and said he does not have another position lined up. He also indicated he would be willing to return to the bank under different circumstances, without elaborating.

“I remain a very strong believer in the vision and mandate for the [Canada Infrastructure Bank] and would be keen to lend my support to it as it moves forward,” he said.

Tim Philpotts, a private sector infrastructure executive who has worked with Mr. Hann and the bank, said Mr. Hann’s decision to leave – while also saying he’d be willing to return to the Crown corporation – can be viewed as a criticism of the bank’s leadership.

“That would appear to me to be a strong signal that there needs to be significant changes in the direction and the leadership of the bank and a significant widening of the bank’s mandate,” said Mr. Philpotts, senior vice-president at Ernst & Young Orenda Corporate Finance Inc.

John Casola, a managing director at the infrastructure bank, has replaced Mr. Hann as acting head of investments.

Infrastructure sector sources say there is growing frustration with the pace of the bank’s work to review and approve projects.

At an industry conference earlier this month at the Fairmont Château in Whistler, B.C., infrastructure bank officials – including Mr. Hann – were on hand to update private-sector executives on the bank’s activities. Sources say the executives expressed several complaints with the bank, including the limited number of projects that have been approved to date.

In an interview, Mr. Lavallée said his understanding of the Whistler conference is that it went well and the bank received positive feedback. He challenged the view that the bank’s progress has been slow, stating that project reviews are moving more quickly than he would have expected a year ago.

As for Mr. Hann’s departure, he said he understands why it is attracting attention.

“Nick’s departure was not a planned event for me, and Nick’s very well known in the industry, and he’s respected in the industry, and I expected that his departure would cause some questions to be asked and that’s why I’m here to answer them,” he said. “The bank is bigger than one person and I’ve got full confidence that we’ll be able to continue to deliver and build on the momentum that we’ve generated over the last 12 months.”

Mr. Lavallée said Mr. Hann told him he was leaving to pursue other opportunities and did not provide any other reason. “It was a short conversation,” he said. “Nick’s made a personal decision. We respect it and we’re moving on.”

Janice Fukakusa, the infrastructure bank’s board chair, provided a statement to The Globe supporting the performance of the bank and Mr. Lavallée.

“The Board has full confidence in the CEO and the team that has delivered results and remains focused on improving infrastructure for Canadians,” she said.

Mr. Hann joined the bank in October, 2018, after more than 17 years with Macquarie Group, where he was executive director, focused on the company’s North American infrastructure division. At Macquarie, he advised TransLink on the Canada Line rapid transit project that runs from Vancouver’s downtown core to the airport in Richmond.

The bank’s first project, announced in August, 2018, involved replacing a previous federal government pledge to support a new light-rail line in Montreal. That project is being led by Quebec’s pension fund, Caisse de dépôt et placement du Québec, providing a model for how the bank and a pension fund could work together to build infrastructure.

Since then, the bank has made three other announcements: up to $2-billion in financing toward commuter rail expansion in the Greater Toronto and Hamilton Area; $55-million toward “preprocurement” work on Via Rail’s proposed dedicated passenger rail line from Toronto to Quebec City; and, up to $20-million to help the Township of Mapleton find a private sector consortium to design, build, operate and maintain its water and waste water infrastructure.

“It was supposed to be a new way to build infrastructure, but we’re still faced with the same delays,” he said. “And the issues of actually building infrastructure have gotten worse when we’re tying up this much money in the bank.”

The Toronto-based bank expects to have 74 employees on staff this year and to reach 85 full-time employees by 2022. It expects to incur $257-million in operating expenses over five years.

Ms. Fukakusa was appointed chair in July, 2017. In a December interview that year after the bank announced that it was operational, she told The Globe she was hopeful the bank would start approving projects by the end of 2018. However, she cautioned that the timing would be hard to predict. Mr. Lavallée has also said it is challenging to estimate when projects under review will reach a stage that the bank can support financially.

“This is a first of its kind organization not only in Canada, but across the globe,” she said in an e-mail. “The current team has done great work establishing this unique organization since its infancy.”

Ottawa’s romance with train travel, and how much it could cost you
July 30, 2019 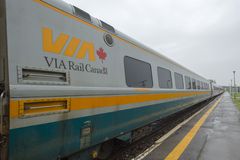 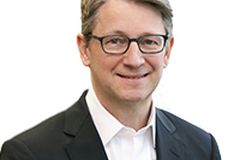