Canada has quietly paid another $54-million toward development of the F-35 stealth fighter, bringing its total investment in the controversial project to roughly a half a billion dollars over the last 20 years.

The government is consulting fighter-jet makers, including U.S. aerospace giant Boeing, before launching a formal competition early next year to decide on a replacement for the air force’s aging CF-18s.

The annual F-35 payment was made to the U.S. military earlier this month, the Department of National Defence said and will keep Canada at the table as one of nine partners in the fighter jet project for the next year.

Staying in the program has advantages, as partners can compete for billions of dollars in contracts associated with building and maintaining the F-35. They also get a discount when purchasing the plane.

Boeing officials said Wednesday that the company remains on the fence about whether its Super Hornet will participate in the Canadian fighter competition because of enduring questions about how the government will run it.

One concern is a new provision the government announced last year that aims to make it more difficult for companies that are deemed to be hurting the Canadian economy to win defence contracts.

The measure was announced at the height of Boeing’s bitter dispute with Canadian rival Bombardier, which has since been tossed out by the U.S. International Trade Commission. Boeing opted not to appeal the decision.

“We want to evaluate what the requirements are and the evaluation criteria,” said Jim Barnes, business development director for Boeing Defense, Space and Security, told reporters on the sidelines of the Cansec arms show in Ottawa.

“And it doesn’t take a rocket scientist to figure out there’s one new evaluation criteria that we certainly have to understand before we provide a proposal.”

It was during last year’s Cansec show that Defence Minister Harjit Sajjan lashed out at Boeing over the trade dispute with Bombardier, saying the U.S. company was not behaving like a “trusted partner.”

A few months later, the government cancelled its plans to buy 18 interim Super Hornets from Boeing for an estimated $6.4-billion and announced the “economic-harm” provision, which is still in the works.

She wouldn’t say, however, whether the fight was worth the lost contract for interim Super Hornets; the Liberals opted instead to buy 18 used fighter jets from Australia, the first of which is due to arrive next year.

“We went into the situation with our eyes wide open and knew there were risks,” Westenskow said. “It was important for us to get the message across.”

Not that Boeing has been completely shut out, as the government announced last month that it had extended a maintenance agreement for the military’s Chinook transport helicopters.

That $313-million deal could become particularly important as the Forces prepare to deploy two Chinooks to Mali, where they will be expected to provide round-the-clock medical evacuations in a harsh desert environment.

The government has already asked Boeing to send a technical adviser to Mali with the Canadian contingent, Boeing executive Mario Clement said, and could ask for more, depending on the military’s needs.

The company could also be called upon to upgrade Canada’s existing CF-18s so they can fly to 2032, Clement said, adding that it would be difficult for any other firms to do the work, given Boeing’s role in developing the aircraft.

The government had originally intended to replace the CF-18s by 2025, but pushed that plan back late last year. 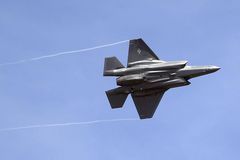 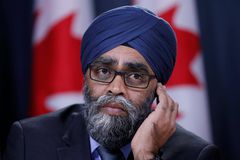