Canada is failing to prosecute people who are accused of war crimes and needs to inject more resources into investigations and trying cases, says a new report from Amnesty International.

The report is part of a series documenting judicial systems around the world; the latest installment, released Tuesday, focuses on Canada’s Crimes Against Humanity and War Crimes Act. Amnesty International described the federal program as “grossly underfunded and underused.”

The report makes a number of recommendations, such as increasing federal resources for the program, improving protection and support for victims and witnesses, and ending legal and political obstacles. It was co-ordinated by Sébastien Jodoin, Canada Research Chair in Human Rights and the Environment at McGill University, and developed with the input of lawyers, legal experts and law students.

Canada enacted the Crimes Against Humanity and War Crimes Act (CAHWCA), 20 years ago. It grants universal jurisdiction for genocide and war crimes in Canadian law, meaning those crimes are criminalized in Canada when they are committed abroad. However, only two people have been prosecuted under the legislation, both connected to the Rwandan genocide in 1994.

Rachel Rappaport, a spokesperson for the Justice Minister, and Mary-Liz Power, a spokesperson for the Public Safety Minister, issued a joint statement saying that while they cannot comment on specific cases, the government is committed to investigating such cases “to the full extent of the law, which includes holding those involved in crimes against humanity accountable for their actions."

The program is internationally recognized, they added, and its members are sought out for advice, training and assistance by other countries. “Our Government continues to work to prevent war criminals from entering Canada, while deporting and revoking the citizenship of war criminals in Canada involved in such acts, and prosecuting criminals where appropriate.”

Amnesty International pointed to a recent case of a man who was murdered in London, Ont., and who has been widely accused of war crimes as an example of the country’s failure to prosecute alleged war criminals.

Bill Horace, a Liberian national, has been accused of committing mass murder, rape and torture in Liberia in the 1990s. Amnesty said that despite a “mountain” of evidence, Canadian officials never charged him, allowing him to “live freely” since arriving in 2002.

Alex Neve, secretary-general of Amnesty International Canada, said there have been a number of cases that were strong contenders for prosecution but were not tried because of a lack of resources. Instead of prosecuting, he said, the government turns to the less expensive route of barring a suspected war criminal from entering Canada, or deports them. He said there has been a lack of political will to invest in the federal program.

“These are crimes that are so heinous that they implicate all of us and we have a shared responsibility to ensure that there will be justice," he said.

The War Crimes Program is relatively well conceived, the report said, but added that it is “failing” to achieve its goals. It suggested Canada’s current budget for the program, $15.6-million, has to increase in order to enable more investigations and prosecutions.

“This would ensure that Canada becomes a state that not only refuses safe haven to individuals involved with crimes against humanity, war crimes, or genocide, but also a state that will hold those individuals responsible for their actions and contribute to the process of international justice.”

Faced with an inadequate budget, the War Crimes Program has generally opted to “screen individuals and deny them entry into Canada rather than seek prosecution," said Fannie Lafontaine, Canada Research Chair on International Criminal Justice and Human Rights at Laval University, in a statement accompanying the report.

"This means that those who have survived and witnessed horrific crimes around the world are left without adequate justice.” 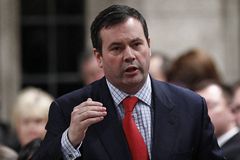 new
Two alleged war criminals arrested from illegal immigration most-wanted list
July 23, 2011
Real liberals are tough on war criminals
July 27, 2011
Follow Janice Dickson on Twitter @janicedickson
Report an error Editorial code of conduct
Due to technical reasons, we have temporarily removed commenting from our articles. We hope to have this fixed soon. Thank you for your patience. If you are looking to give feedback on our new site, please send it along to feedback@globeandmail.com. If you want to write a letter to the editor, please forward to letters@globeandmail.com.
Comments