Canada and the United States are drawing up plans to reduce their reliance on China for rare-earth minerals that are critical to high-tech and military products, such as smartphones and fighter jets.

The “joint action plan” – now being drafted by senior Canadian and U.S. officials – will be presented to the political party that forms the next government after the Oct. 21 election, according to a federal briefing document obtained by The Globe and Mail.

The document says the action plan should include defence funding for critical-minerals projects and strategic investments in North American processing facilities, as well as greater research and development in extraction of these rare-earth materials.

It says senior Canadian officials involved in economic and security issues have been meeting since July to discuss how Ottawa and Washington can secure access to vital minerals and metals, such as uranium, lithium, cesium and cobalt, from Chinese control.

In 2018, acting on a presidential order, the U.S. Department of the Interior, together with the Department of Defense, compiled a list of 35 mineral commodities considered critical to the economic and national security of the United States. Of these, China was the top supplier of 13 and the top producer of nearly 20.

These critical minerals are used in a wide variety of products ranging from lasers, computer chips, electric vehicles, solar panels, smartphones and military equipment, such as weapons guidance systems.

“For decades, China has pursued a strategy to control global critical mineral production and processing. This strategy has led to China being the leading producer of minerals vital to the modern economy,” the federal document warned.

At a White House meeting in late June, U.S. President Donald Trump and Prime Minister Justin Trudeau agreed to negotiate a joint strategy on mineral collaboration. The U.S. is also seeking alliances with Australia, Japan and the European Union, which share U.S. fears about mineral dependency on China.

China has made veiled threats to restrict critical materials as leverage in its trade war with the U.S., as it did against Japan. In 2010, Beijing limited rare-earth exports to Tokyo while the two countries were sparring over disputed islands.

Discussions have taken place in Ottawa and Washington, although little is known about the proposals under consideration.

“They have shared very little with us. I think it is happening and I know there is strong interest,” Pierre Gratton, president and chief executive officer of the Mining Association of Canada, said in an interview. “We have been extremely dependent on China for a number of the rare-earth minerals … they have kind of monopolized the market and when others come into the market they can often increase production and drive them out of business.”

The briefing document says collaboration on the minerals with the U.S. "represents opportunities not only to attract investment into Canadian exploration and mining projects … [but] presents a real opportunity for job creation and economic growth across Canada and across industry sectors,” the document said.

In recent years, Chinese firms have also purchased stakes in Canadian companies that extract cesium, uranium, chromite, the main source of chromium – a key ingredient in stainless steel – as well as lithium.

Early this year, a Chinese company with significant Chinese state ownership purchased a mine in eastern Manitoba that is the among world’s most significant sources of cesium.

Sinomine Resource Group, more than 21-per-cent owned by state-owned corporation China Nonferrous Metal Mining Group, trumpeted this Canadian acquisition in a July news release after the deal closed. It boasted of how it now dominates the world market for cesium production.

“Cesium products play an important role in the military, aerospace, chemical, and medical fields. In 2018, cesium resources were listed by the US Department of the Interior as a list of [35] critical minerals that are critical to the US economy and national security,” Sinomine noted. The pollucite mineral mined in Manitoba is also a source of rubidium, another mineral deemed critical by the U.S. government.

“After this transaction, Sinomine has become the world’s largest pollucite mining enterprise and the world’s largest producer and supplier of cesium products,” the company said. It purchased the Manitoba mine and the associated processing and recycling plant from U.S.-based Cabot Resources.

The transaction was approved by the Canadian and U.S. governments – a decision that British mining analyst Christopher Ecclestone at Hallgarten & Co. called astounding. American companies rely on cesium formate fluids to control pressure when drilling wells. He said the deal puts “U.S. users of cesium formate in an invidious position of being entirely dependent upon the good graces of Sinomine.”

In 2011, a leading Chinese lithium producer, Ganfeng Lithium, bought a stake in Vancouver-based International Lithium Corp. that today amounts to 11.6 per cent of the company, according to its website. International Lithium’s properties include three projects in northwestern Ontario. The companies are also joint-venture partners.

Another Chinese company, Jilin Jien Nickel Industry, bought a Quebec lithium mine and associated processing facilities from creditors in 2016 to establish North American Lithium. Contemporary Amperex Technology, China’s leading automotive battery maker, later purchased a controlling stake in the venture. The company also attracted investment from the Quebec government’s Investissement Québec. However, production was halted this year; North American Lithium obtained protection from creditors in May and the operation is now up for sale.

China’s state-owned Baosteel Group back in 2011 purchased a stake in Noront Resources through subsidiary Baosteel Resources International. As of July, this share amounted to a 6-per-cent stake, according to investor presentation documents on Noront’s website. Noront’s projects in Ontario’s Ring of Fire region include platinum and chromite.

Nasdaq cracks down on IPOs of small Chinese companies
September 29, 2019 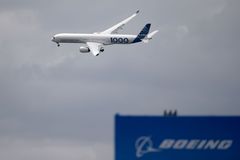 China to send its top negotiator to U.S. for next round of trade talks
September 29, 2019 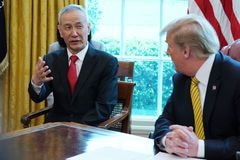 Follow Robert Fife, Steven Chase and Daniel Leblanc on Twitter @RobertFife @stevenchase @danlebla
Report an error Editorial code of conduct
Due to technical reasons, we have temporarily removed commenting from our articles. We hope to have this fixed soon. Thank you for your patience. If you are looking to give feedback on our new site, please send it along to feedback@globeandmail.com. If you want to write a letter to the editor, please forward to letters@globeandmail.com.
Comments