Canada and a group of Latin American allies continue to oppose the use of force in Venezuela, amid continuing threats of American military intervention from President Donald Trump’s administration.

The Lima Group, a bloc of Latin American countries and Canada working to find a peaceful resolution to the Venezuelan crisis, met in Colombia on Monday. In a speech to the alliance in Bogota, U.S. Vice-President Mike Pence said that while a peaceful transition to democracy is desired, “all options are on the table.” In a tweet on the weekend, Venezuela’s self-declared interim president, Juan Guaido, also said the international community must have “all options open to secure the freedom” of Venezuela.

“We reiterated our conviction that the transition to democracy must be conducted by the Venezuelans themselves, peacefully, within the framework of the constitution, in accordance with international law and supported by political and diplomatic means, without the use of force,” Ms. Freeland said during a teleconference from Bogota on Monday evening after the meeting.

Mr. Pence attended the Lima Group meeting, even though the United States is not a member of the alliance, and announced new sanctions on four Venezuelan state governors who support socialist President Nicolas Maduro.

As of Monday, 54 countries, including Canada and the United States, had publicly backed Mr. Guaido, who swore himself in as interim leader last month in a direct challenge to Mr. Maduro. Mr. Pence underlined that support for Mr. Guaido, who attended Monday’s meeting.

“We are with you 100 per cent,” Mr. Pence said. “I want to assure you, President Guaido, the tragic events of this past weekend have only steeled the resolve of the United States to stand with you.”

The meeting came on the heels of a weekend of violence in Venezuela, where soldiers and armed groups loyal to Mr. Maduro blocked an opposition convoy trying to deliver desperately needed humanitarian aid to the country. Violent clashes between Maduro-backed security forces and the convoy left three protesters dead and nearly 300 wounded.

Mr. Maduro says the humanitarian aid efforts are part of a U.S.-orchestrated coup. Meanwhile, China, Russia, Iran and Turkey continue to support Mr. Maduro, whose regime has been accused of committing crimes against humanity.

In a statement on Monday, Chinese Foreign Ministry spokesman Lu Kang called on the international community to provide “constructive assistance” to Venezuela while respecting its sovereignty.

“It [China] also opposes using the so-called humanitarian aid to serve political ends and stir up instability and even turmoil in Venezuela and its neighbourhood, which is not in the interests of any party,” Mr. Lu said.

Venezuela experts have also expressed concern over the politicization of humanitarian aid in the country. David Smilde, a senior fellow at the Washington Office on Latin America think tank, said that while Mr. Maduro’s refusal of international assistance is “entirely unjustifiable,” Mr. Guaido is also making aid a part of his plan to oust his opponent.

“Their [Guaido’s opposition] plan was to use this, something like humanitarian aid, something that’s very hard to oppose, to try to get the military to flip, and that didn’t work," Prof. Smilde said.

He said the Guaido opposition would have been better off to fan out across hundreds of points along Venezuela’s porous border and bring humanitarian aid across small bridges and pathways.

Opinion
Venezuela is too broken to fix itself – that’s why the Lima Group is key
February 12, 2019 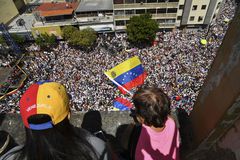 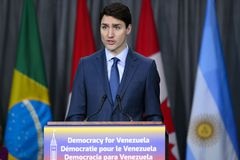 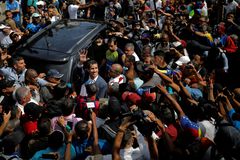