Canada is moving some soldiers out of Iraq “to ensure their safety and security” as Western allies gird themselves for fallout from the U.S. drone strike that killed a senior Iranian military commander.

General Jonathan Vance, the Chief of the Defence Staff, announced the measure Tuesday, saying troops will be moved to neighbouring Kuwait for now. He did not provide figures on how many soldiers are being withdrawn or how long they will remain sidelined in Kuwait. The military later refused to reveal numbers, citing security.

Other NATO member countries, including Germany, also announced Tuesday that they are pulling some troops out of Iraq.

Gen. Vance characterized Canada’s move as an “operational pause” but said the future of the country’s work in Iraq will depend on the conditions there.

“Naturally, the work we are doing on these missions, and the future of operations in Iraq, remain conditional on maintaining a sufficiently secure and productive operational environment,” he said.

Approximately 800 Canadian Forces members are deployed in the region, with about 500 of them in Iraq.

Iran has vowed to strike back at the United States, which has a huge presence in neighbouring Iraq, after an attack by the Americans that killed Iranian General Qassem Soleimani on Friday. Early Wednesday, Iran launched missile attacks on two U.S. air bases in Iraq.

“Over the coming days, and as a result of coalition and NATO planning, some of our people will temporarily be moved from Iraq to Kuwait,” Gen. Vance said in a letter to families of Canadian soldiers published on Twitter and Facebook.

“Simply put, we are doing this to ensure their safety and security.”

The measure will interrupt soldiers’ leave and troop-rotation schedules, he added.

“All necessary force protection measures that can be taken have been taken,” he said.

Canada’s military aid to Iraq began in 2014, after Islamic State militants cut a swath of destruction across Syria and Iraq.

A letter from General Jonathan Vance, Chief of the Defence Staff, to Canadians about our deployed personnel in the Middle East. #OpIMPACT pic.twitter.com/Y0IdmZdo9f

Other NATO member countries will also be pulling some troops out of Iraq and moving others to different locations inside the country, said NATO acting deputy spokesperson Dylan White in a statement on Tuesday. The repositioning of troops comes amid a temporary suspension of NATO’s training mission in Iraq over security concerns.

Germany is moving some military personnel from Iraq to neighbouring countries over security concerns. About 30 of the 120 German soldiers in Iraq, who mainly train that country’s security forces, will be redeployed to Jordan and Kuwait, the German government told its parliament Monday.

The Guardian, citing British sources, reported about 50 British personnel had been relocated out of Baghdad’s secure Green Zone, either to nearby Taji or out of the country.

Countries such as Slovakia and Croatia also said they were relocating soldiers involved in a NATO training mission.

This movement of troops comes one day after the Canadian government signalled its determination to stay the course in Iraq.

On Monday, Foreign Affairs Minister François-Philippe Champagne’s office said that Canada remains committed to a stable and united Iraq, and to ensuring the defeat of the Islamic State.

Retired Canadian major-general David Fraser, who commanded a NATO mission in Afghanistan, said he expects some troops will remain in Iraq so Canada can continue to hold a small footprint in the country while the future of the U.S.-led coalition and the NATO mission is determined. He said Major-General Jennie Carignan, the Canadian commander of the NATO mission, will likely be among those who remain in Baghdad.

“It could be two or three people, it could be a hundred people, but it’ll be a small footprint that stays in contact with the NATO partners, with the Iraqis and with the Americans, such that should the situation get to the point where tensions have de-escalated that we can get back to business," Mr. Fraser said.

Christopher Poole, a former Canadian ambassador to Iraq, said Iran could bite back with a cyberattack on the U.S. or go after American military or diplomatic posts abroad. “They’re going to be taking out a specific asset, maybe a ship or maybe an embassy, that kind of thing, but nothing involving full declaration of war against the United States." 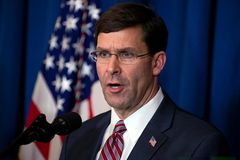 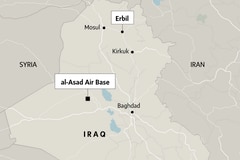 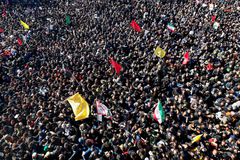