Bob Rae, Canada’s next ambassador to the United Nations, says the government must consider the consequences before imposing sanctions on senior Chinese officials for human-rights violations against minority groups.

Canada is facing calls to follow in the footsteps of the Trump administration, which recently imposed Magnitsky-style sanctions against a top member of China’s Communist Party and three other senior officials in response to human-rights violations against Muslim Uyghurs and ethnic Kazakhs in China’s western province of Xinjiang. Although Mr. Rae did not say whether he supports the use of Magnitsky sanctions against Chinese officials, he said the action would send a “clear” message to China that could have consequences for Canada.

“A government can never afford to engage in non-consequential thinking or non-consequential acting,” Mr. Rae said in an interview with The Globe and Mail this week. “One of the golden rules I think of government and public policy is you’re thinking all the time about what the consequences if I do this and what else can happen as a result of those steps.”

Canada has already felt the repercussions of upsetting China. The December, 2018, detentions of Michael Kovrig, a former Canadian diplomat, and entrepreneur Michael Spavor, in China were widely seen as retaliation for Ottawa’s arrest of Huawei Technologies Co. Ltd. executive Meng Wanzhou on a U.S. extradition request.

China subsequently banned shipments of Canadian meat and severely curbed purchases of canola seed and soybeans after Ms. Meng’s arrest. Beijing has since lifted the ban on meat imports, but canola exports continue to face obstacles.

On Tuesday, President Donald Trump also signed into law a bill requiring sanctions on Chinese officials who crack down on Hong Kong residents’ right to free speech and peaceful assembly.

More than one million Uyghurs have been detained in camps by Chinese authorities, according to the United Nations human-rights commission. China denies abusing the minority, saying they are vocational training camps.

In 2017, Parliament passed the Justice for Victims of Corrupt Foreign Officials Act, which allows Canada to impose asset freezes and travel bans on human-rights abusers around the world. The law, also adopted by the U.S. and many European countries, was inspired by murdered Russian whistle-blower Sergei Magnitsky.

Mr. Cotler, who now serves as chair of the Raoul Wallenberg Centre for Human Rights, said Canada has used Magnitsky sanctions against human-rights abusers in Russia, Myanmar, Saudi Arabia and South Sudan, but is reluctant to go after Chinese officials.

“There are a host of issues in respect of which Magnitsky sanctions would not only be appropriate, but are clearly applicable. The mass atrocities of the Uyghurs being one. The imposition of draconian legislation regarding Hong Kong being the second and a third is that China is the leading jailer of journalists,” he said.

Foreign Affairs Minister François-Philippe Champagne said the government “takes note” of the U.S. Magnitsky-style sanctions against Chinese officials, but did not say whether Canada will follow suit.

“Canada has taken action by publicly and consistently calling on the Chinese government to end the repression in Xinjiang,” Mr. Champagne said in a statement Tuesday. “Our government continues to consider every option when it comes to standing up for human rights around the world.”

Bill Browder, the U.S.-born financier who has led the international campaign to establish Magnitsky-style laws, said he suspects Ottawa is hesitant to impose sanctions against Chinese officials for fear of further retaliation against Mr. Kovrig and Mr. Spavor.

“You have a million people in concentration camps and you’ve got two Canadian hostages. I don’t think you can trade one off against the other,” Mr. Browder said.

The human-rights subcommittee of the House of Commons foreign affairs committee plans to meet early next week for hearings on China’s treatment of its Uyghur people, where Magnitsky sanctions will be raised.

Conservative MP Garnett Genuis, a member of the subcommittee, said he favours the imposition of Magnitsky sanctions against Chinese officials who set up and oversee the Uyghur internment camps.

“Canada has an obligation to recognize the genocide that is taking place and to impose targeted Magnitsky sanctions against the gross violators who are responsible for this genocide.”

NDP foreign affairs critic Jack Harris said it would be a mistake for Canada to impose Magnitsky sanctions on its own, saying Ottawa should work with other like-minded countries “to take whatever measures are necessary to respond to the human-rights violations in China, including Magnitsky-style measures.” 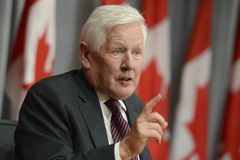 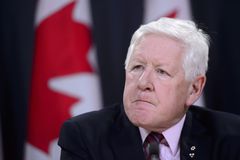 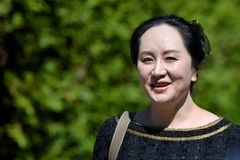 Follow Michelle Carbert and Robert Fife on Twitter @michellecarbert @RobertFife
Report an error Editorial code of conduct
Due to technical reasons, we have temporarily removed commenting from our articles. We hope to have this fixed soon. Thank you for your patience. If you are looking to give feedback on our new site, please send it along to feedback@globeandmail.com. If you want to write a letter to the editor, please forward to letters@globeandmail.com.
Comments