The foolish decisions of some Republican governors in southern U.S. states will deepen the misery of Canadians.

On Friday, the Governor of Texas said he was wrong to allow bars to reopen, which contributed to the recent increase of COVID-19 cases in that state.

“If I could go back and redo anything, it probably would have been to slow down the opening of bars,” Greg Abbott told a TV interviewer, as hospitals struggled to handle the surge in seriously ill patients.

A number of states in the South and Southwest, especially Texas and Arizona, have seen an alarming surge in hospitalizations, giving lie to President Donald Trump’s assertion that increased testing is the sole reason that the United States is setting daily records in the number of people infected with the coronavirus.

Forget about the threatened second wave of infections: The United States is unable to bring the first wave under control. According to press reports, the European Union is making plans to ease restrictions on travellers from more than a dozen countries deemed relatively low-risk, starting July 1. Canada is on that list. The United States, with the number who have been infected passing the 2.5-million mark on Sunday, is not.

A few weeks ago, I wrote that the sooner Canada and the United States can reopen the border, the better it will be for Canada’s economy. So much for that. Although truck and rail shipments are getting through, preserving supply chains, it may be months, now, before Canada can safely welcome American travellers, given the continuing rise of infections in the U.S. The United States is a nation under quarantine from the rest of the world.

“What we’re seeing in the Sunbelt is a failed reopening,” tweeted the economist and New York Times columnist Paul Krugman. “Whatever job gains there have been from the end of the lockdown will now stall and maybe go into reverse, and the virus will weigh on the economy for a long time.”

Air Canada and WestJet have announced they will end physical distancing on airplanes as of July 1. The hope is that masks, tests and other precautions will keep passengers safe. But with passenger travel essentially prohibited between Canada and the U.S., don’t expect to see airlines or the tourism sector returning to profitability anytime soon.

Compounding the problem, neither the White House nor the Republic leadership in Congress appear able or willing to continue offering economic assistance for workers after existing programs expire this summer, which could leave millions in desperate straits and further deepen the American recession.

This is all on Donald Trump. The President downplayed the dangers of the approaching coronavirus pandemic in January and February, and by the end of March was urging state governments to reopen their economies. Republican governors in Florida, Texas and elsewhere eventually started to do just that, allowing people to return to beaches, restaurants and bars. And now look.

Mr. Trump is paying the political price. The President’s mismanagement of the pandemic, combined with his belligerent response to anti-Black-racism protests, have driven voters away from the party.

The Real Clear Politics average of polls showed the gap between Mr. Trump and presumptive Democratic challenger Joe Biden at 9.4 per cent on Sunday. With a little more than four months to go until the Nov. 3 election, Mr. Trump is starting to run out of time to close that gap.

But no matter who wins, both the United States and Canada face months of high unemployment, businesses large and small going bankrupt, and high government deficits, leaving citizens uncertain and frightened, thanks to Republican mismanagement at the state level and in Washington.

Governors, you really shouldn’t have reopened those beaches and bars. 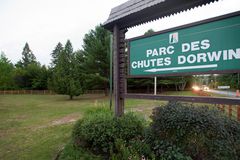 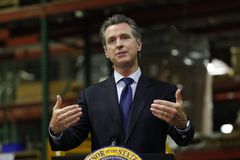 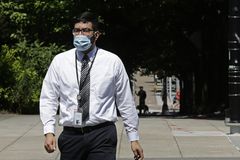 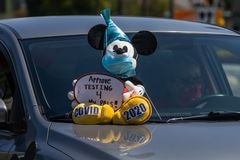