Last week’s Throne Speech mentioned Alberta once, when Justin Trudeau’s Liberal government promised to help the province’s workers adjust “to meet a net zero future” of carbon emissions. That document could be remembered in history as one of the many acts of animus or neglect that drove Alberta to separate from Canada.

A new book, Moment of Truth: How to Think About Alberta’s Future, warns that an independent Alberta is a growing possibility unless Canada acts decisively to address Western alienation.

We can expect to see Alberta assert greater independence within Canada, even as its citizens debate whether to leave it completely. As the book notes more than once, a new Western separatist party will be running candidates in the next federal election.

Many of the contributors to Moment of Truth, including editors Jack Mintz, Ted Morton and Tom Flanagan, are associated with the University of Calgary and/or were leading exponents of the Reform Party.

The book’s 15 contributors maintain – correctly, in my view – that the political, bureaucratic, academic, cultural and business interests of Ontario and Quebec, collectively known as the Laurentian elite, historically sought to keep the Prairie provinces subservient.

This imperial attitude is growing stronger rather than weaker. Quebec vetoed the Energy East pipeline, Ontario and Quebec resist internal free trade and the federal government neglects the urgent needs of the oil and gas sector even as it continues to siphon equalization funds from Alberta taxpayers.

The estrangement between Alberta and the Trudeau government is dangerously deep. Yes, that government nationalized the Trans Mountain pipeline. But it killed other pipeline proposals and imposed a carbon tax. Its onerous environmental regulations and general hostility to the Alberta natural resource economy have driven businesses out of the province.

Prof. Savoie notes that Mr. Trudeau dispensed with regional ministers, apart from his Quebec lieutenant, Pablo Rodriguez – remarkable since Mr. Trudeau himself is from Quebec. The staff within the Prime Minister’s and ministers' offices are overwhelmingly from Central Canada, and the federal public service – whose bilingualism requirements ensure that its ranks are dominated by people who grew up in or near Quebec – grows in size and power under the Liberals.

The book’s contributors put forward three solutions. First: “More Alberta, less Ottawa.” Alberta should consider withdrawing from the Canada Pension Plan, collecting its own income tax and establishing its own police force, both to lessen the federal presence and to prepare the province for independence if necessary. Jason Kenney’s UCP government is considering some of these options.

Second: Demand the end to all interprovincial barriers to trade and introduce a rebalanced fiscal federalism that reduces tax flows out of Alberta and increases federal flows into it.

Third: If Ottawa, Ontario and Quebec don’t bend to those demands, establish a commission on independence and on entry into a common market with the United States, to be followed by a referendum on independence.

“If attempts to strengthen Alberta’s position in the federation are ignored, the bolder option for a common market, a break from Canada and closer association with the United States, will become the only credible course of action,” Mr. Burney and Prof. Hampson conclude.

In The Big Shift, Darrell Bricker and I argued a fourth option: Ontario voters must understand that theirs is an increasingly Pacific province – demographically through immigration and economically through increased trade with Indo-Pacific nations.

Suburban Ontario voters – especially immigrants or the children of immigrants – would do well to make common cause with their Western cousins. Former prime minister Stephen Harper created that coalition, which remains available to the Conservative Party.

But one way or another, the status quo must change.

“None of us favour separation as a first option,” the book’s editors conclude. “But we also see it as a viable last resort if all else fails. It may be that in order to stay in Canada, Alberta must be able and willing to leave it.” 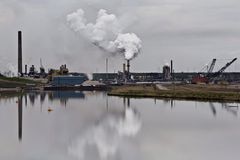 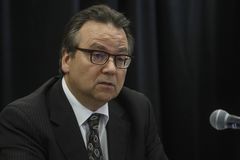