Canada is not acting fast enough to help at-risk Afghans leave their country, which has now been under Taliban control for close to two months, retired major-general Denis Thompson warns.

He said non-governmental organizations working with the Veterans Transition Network (VTN), a Canadian charity that is currently helping Afghans resettle in Canada, have not been able to move a single Afghan out of the country in the past seven days.

The charity is monitoring about 2,000 applications to the federal department of Immigration, Refugees and Citizenship, representing about 10,000 people who remain stranded in Afghanistan. These include former translators and support staff for the Canadian military and government, as well as their families, and other vulnerable Afghans, including human-rights defenders and persecuted minorities.

Since foreign military airlifts ended around the end of August, non-government organizations working with the Veterans Transition Network have only managed to extract a small number of Afghans destined for Canada: 263 overland to Pakistan and another 84 by flights from the Kabul airport, Mr. Thompson said.

He said at such a rate it could take years to extract the 10,000 Afghans stuck in Afghanistan.

But, Mr. Thompson warned, they cannot wait that long.

At some point, he predicts, the Taliban, who are currently “demonstrating a modicum of restraint,” will shut the borders when they realize the international community will not recognize them as the government of Afghanistan.

Canada has promised to resettle 40,000 Afghans in this country. But Mr. Thompson and others worry that Canada will largely focus its efforts on Afghans who have already left the country rather than the thousands at the most acute risk inside its borders. “Our fear is they are going to fill up the target with Afghans who are already outside Afghanistan.”

A significant new obstacle for Afghans fleeing overland is increased documentation needed for those wishing to enter neighbouring Pakistan. The Pakistani government is now requiring all those entering to carry an Afghan passport, Mr. Thompson said. “If you don’t have a passport then you will need alternative travel documents to cross the border.”

That’s a problem for many of the at-risk Afghans waiting for a route out of their country and who fear retribution from the Taliban. Most lack passports.

“They don’t want to go to a Taliban passport office and give over their fingerprints and have it run through the national database,” said Tim Laidler of Veterans Transition Network.

It’s incumbent now on Canada to work with Pakistan to find an alternative solution for fleeing Afghans who lack a passport, he said.

The department of Global Affairs did not immediately respond to a request on what it’s doing to ease Afghans’ entry into Pakistan. Foreign Affairs Minister Marc Garneau told reporters in August that Canadian diplomats will be ready to receive anyone who can make it to Pakistan. “We have consulates in Lahore, Islamabad and Karachi and we will be waiting there for them,” the minister said at the time.

Immigration Minister Marco Mendicino’s office said the largest and most difficult hurdle in getting people out of Afghanistan “remains the lack of safe, secure and reliable routes out of the country.”

Emilie Simard, a spokesperson for Mr. Mendicino, said “the ever-changing circumstances around what exit documentation is required at check-points and international crossings into third-countries” is making it exceedingly difficult to get Afghan refugees safely out.

Department figures indicate 5,750 people approved for resettlement remain in Afghanistan. Another 2,500 Afghans have already arrived in Canada and about 1,250 are currently in transit to this country, Ms. Simard said.

Despite VTN’s concerns, Mr. Laidler made a point of noting that the group has established good channels of communication with the offices of Mr. Garneau and Mr. Mendicino. “Since the airlift stopped we have had at the VTN a much better working relationship with the minister’s office at Immigration and Global Affairs. We really appreciate the lines of communication that have now been opened ... to find a solution to this problem.”

Those working to get Afghans out of Afghanistan are looking for what they call “lily pad countries” where “you can land people without a passport, have them processed and get their biometrics done and move them on to Canada.”

Poverty and hunger have worsened since the Islamist movement took over Afghanistan, which already suffered from drought and the COVID-19 pandemic.

Half a million people have been displaced in recent months, the United Nations says, and the number will only grow if health services, schools and the economy break down. 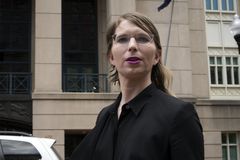 How 250 Afghans travelled across their country toward a new life in Saskatoon
September 19, 2021 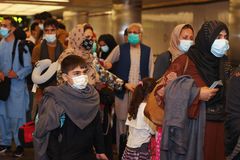