Ottawa will provide $270-million to Afghanistan over the next three years, sending an important signal that Canada supports the country as peace talks continue, International Development Minister Karina Gould said.

She announced the development assistance at the 2020 Afghanistan Conference, a virtual event co-hosted by Afghanistan, Finland and the United Nations. Ms. Gould said the timing is important because Afghanistan has been particularly hard hit by the COVID-19 pandemic, and also because the country is going through peace talks between the Afghan government and the Taliban.

“At this pivotal moment … it’s important to show the people of Afghanistan that the international community is still with them and ensure these priorities are maintained throughout the peace negotiations, and we’re not willing to let them roll back,” she said in an interview with The Globe and Mail.

During the conference, foreign donors pledged a projected US$12-billion in civilian aid over the next four years. But many countries put conditions on the funding, indicating Afghanistan must protect human rights and make progress on peace talks in order to secure assistance. Canada’s support also depends on the Afghan government’s progress on key reforms, such as implementing measures to tackle corruption and human rights, particularly the rights of women.

Negotiations in Doha between the Afghan government and the Taliban began in September but have been embroiled in procedural tactics and delays. Meanwhile, violence in the country continues.

The funding Canada pledged will go toward the Afghanistan Reconstruction Trust Fund and support projects in areas such as health and education, women’s empowerment, human rights and security.

The reconstruction trust is an international fund administered by the World Bank.

In 2018, the U.S. Special Inspector-General for Afghanistan Reconstruction said in a report to Congress that billions of dollars in Western foreign aid to Afghanistan, including from Canada, had been lost to widespread waste, a lack of oversight and rampant corruption. The report said the money had gone to build medical clinics without electricity or water, schools without children and buildings that had melted away in the rain.

Corrupt local officials in charge of paying workers with some of the money created what the audits called “ghost workers” – bureaucrats, police and soldiers who did not exist – and then kept or diverted money as they recorded it being paid to them.

When asked if those issues have been resolved since 2018, Ms. Gould said Ottawa has been in “very deep” conversations with the World Bank on this matter and recognizes the reconstruction fund is an important mechanism to provide support for health care and education in Afghanistan.

“It’s a challenging environment to work in; it’s always challenging in fragile and conflict affected states. But it’s also really important to support this work, to ensure that citizens in Afghanistan are having access to these really basic services,” she said.

Guillaume Dumas, a spokesperson for Ms. Gould, said Global Affairs Canada engages “actively with other donors in monitoring the activities” of the Afghanistan Reconstruction Trust Fund.

“The department contributes to ensuring fiduciary risk mitigation by reviewing World Bank and third-party reports; taking part in trust fund meetings and briefings; and contributing to the planning and implementation of evaluations, assessments and monitoring missions,” he said.

Canada has contributed more than $3.6-billion to Afghanistan since 2001 and is among the top donors to the country, according to Global Affairs Canada.

With a report from Associated Press. 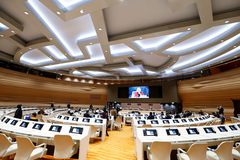 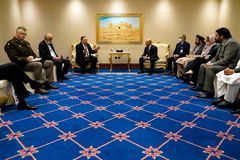 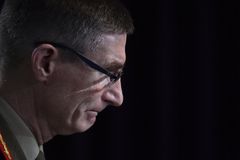