Prime Minister Justin Trudeau said the global community should be concerned by China’s linking of the legal rights of detained foreigners to the private interests of Chinese companies as Ottawa pushes back against Chinese pressure over a looming telecom decision.

At the conclusion of a three-day cabinet retreat in Sherbrooke dominated by escalating tensions between Canada and China on several fronts, the Trudeau government said warnings from China will not affect Canada’s decision on whether to ban telecom giant Huawei Technologies from supplying technology for next-generation 5G mobile networks.

“When a country like China starts to mix commercial interests with the imprisonment of citizens from another country, we are in situation where the application of the rule of law is not at the forefront," he said. "It is something that preoccupies me, that preoccupies many people around the world, and it is something that we are pointing out in a firm and respectful way with China, because it does not move us forward as individuals, as societies and as a community of nations if we don’t operate with respect, responsibility and integrity.”

The Prime Minister was responding to warnings this week by China of “repercussions​” should Canada join its Five Eyes intelligence partners New Zealand, Australia and the United States in excluding Huawei. Britain, the other member of the alliance, has come to an agreement with the Chinese firm.

Public Safety Minister Ralph Goodale said the comments will not influence Canada’s decision on Huawei, but declined to say when the government’s review will conclude.

"We understand that those sorts of comments will be made in the process, but we will make our judgment based on what’s right for Canada and not be deterred from making the right decision.”

John McCallum, Canada’s ambassador to China, said Ottawa should expect a strong response from Beijing if Huawei is barred from selling its 5G equipment to Canadian telecoms.

“Obviously, China would not be happy about that,” he told reporters after an in-camera briefing to the House of Commons foreign affairs committee. Asked what kind of retaliation Canada could expect, he said he had no idea.

At a news conference at China’s embassy Thursday, Ambassador Lu Shaye said Canadians would suffer consequences if Ottawa were to shut the door to the largest private company in China.

“I hope Canadian officials and relevant authorities and bodies will make a wise decision on this issue. But if the Canadian government does ban Huawei from participating in the 5G networks … I believe there will be repercussions,” Mr. Lu said.

He would not elaborate, but Beijing has already arrested two Canadians on national security grounds and imposed a death sentence on a third for drug smuggling in what appears to be retaliation for the Dec. 1 arrest of Huawei chief financial officer Meng Wanzhou in Vancouver.

Mr. McCallum said now is not the time for Prime Minister Justin Trudeau to telephone Chinese President Xi Jinping in a high-level effort to resolve the diplomatic dispute – something the Conservative Party has been demanding for several weeks.

“The Prime Minister calling the President is essentially the last arrow in our quiver, and I think other actions should be taken first,” he said. “It is appropriate and right for him to do it at the right time.”

He said the best policy right now is for Mr. Trudeau and Foreign Affairs Minister Chrystia Freeland to continue their international campaign to push Beijing to release Canadians Michael Kovrig and Michael Spavor – imprisoned on allegations of endangering China’s national security – and grant clemency to Robert Schellenberg, who faces the death penalty for drug smuggling.

“What we do is engage Canadians and foreign friends to reach out to Chinese leaders, to Chinese business people, to convince them that the path China is on is not in China’s interest,” he said. “It is not in the interest of corporate China if, when they run into trouble internationally, that the Chinese government arrests people to use as bargaining chips.”

However, Conservative foreign affairs critic Erin O’Toole said he suspects Mr. Trudeau wants to wait until the diplomatic dispute is resolved before he calls Mr. Xi.

“They don’t want to take the arrow out of the quiver until they can be guaranteed a bull’s-eye,” he said. “This dispute is getting worse, and it is clear Prime Minister Trudeau doesn’t want to get involved until he can have a photo-op with resolution. Well, leadership sometimes means heavy lifting.”

“This would really escalate tensions instead of easing them,” Mr. Lu said. “Davos is for economic issues, and we hope other issues will not be taken.”

Mr. McCallum said he has been speaking to Canadian business executives in Toronto and Montreal and will meet with others in Vancouver next week to gauge their concerns about investing in China.

“It is not 100 per cent, but by and large Canadian businesses want to continue moving forward in China,” he said.

He added he would still advise Canadians that it’s safe to travel to China unless they have had problems with Chinese authorities in the past.

“If they have any bad connection with the Chinese law in the past, or a situation of that kind, they should be extremely wary,” he said. “But I think for most people subject to considering their own situation, it’s all right to travel to China.”

The Canadian government said in early January that 13 Canadians have been detained in China since Ms. Meng’s arrest. At least eight of them were subsequently released. 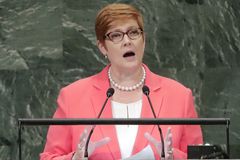 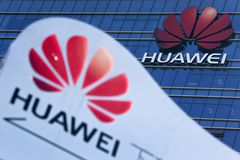 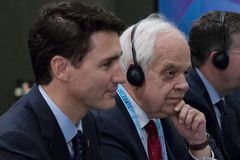 Follow Bill Curry, Steven Chase and Robert Fife on Twitter @curryb @stevenchase @RobertFife
Report an error Editorial code of conduct
Due to technical reasons, we have temporarily removed commenting from our articles. We hope to have this fixed soon. Thank you for your patience. If you are looking to give feedback on our new site, please send it along to feedback@globeandmail.com. If you want to write a letter to the editor, please forward to letters@globeandmail.com.
Comments