Refugee advocates and lawyers are taking the federal government to court Monday to argue that Canada should allow asylum claimants to seek protection at all official land border crossings because, they say, the United States is no longer a safe country for refugees.

The case, to be heard at the Federal Court in Toronto this week, marks the first major legal challenge to the Canada-U.S. Safe Third Country Agreement since U.S. President Donald Trump’s administration launched a crackdown on illegal immigration more than two years ago. The Canadian Council for Refugees, Amnesty International and the Canadian Council of Churches contend that Canada should stop turning away asylum seekers at official entry points along the U.S.-Canada border.

The Safe Third Country Agreement came into effect in 2004, but started making headlines in early 2017, when a loophole in the border pact was exposed.

Asylum seekers fleeing the immigration crackdown in the United States chose to avoid official border crossings out of fear they would automatically be turned back by Canadian border agents. Instead, they entered Canada along unprotected stretches of the border, where they could make a refugee claim because the agreement only applies at official points of entry.

More than 52,000 asylum seekers have entered Canada by way of unauthorized crossings since 2017 – mostly in Saint-Bernard-de-Lacolle, Que. – bogging down the country’s refugee protection system.

“We want to make it really clear to the court what the realities are for people who are sent back to the U.S.,” said Janet Dench, executive director of the Canadian Council for Refugees.

The Conservatives tried to make immigration a voting issue during the recent election campaign, saying they would put pressure on the Trump administration to rework the Safe Third Country Agreement so that Canada could turn away most asylum seekers. The Tories want the pact applied across the entire border to prevent people from making refugee claims at any crossings. The NDP has called on the government to suspend the agreement so that asylum seekers in the U.S. can claim refugee status at official Canadian border crossings.

Earlier this year, Quebec Premier François Legault demanded Ottawa give the province $300-million to compensate for the costs associated with the influx of asylum seekers in Saint-Bernard-de-Lacolle.

In court documents, Ottawa has maintained its position that the U.S. is a safe country for refugees and called for the legal challenge to be dismissed. Border Security Minister Bill Blair’s office said the government constantly monitors the impact of policy developments on the U.S. refugee-protection system.

“The United States remains a country with an extensive system for processing applications that remain subject to administrative and legal checks and balances," Mr. Blair’s issues manager, Jordan Crosby, said in a statement.

The legal challenge, which was originally launched in 2017, also includes three cases of asylum seekers originally from El Salvador, Syria and Ethiopia whom Canada deemed ineligible to make a protection claim when they tried to cross into the country from the U.S. They were denied because the Safe Third Country Agreement requires Canada and the U.S. to refuse entry to most asylum seekers arriving at official posts along the shared border, as both countries are considered safe for refugees.

Refugee advocates argue Canada is violating asylum seekers’ rights under the Charter of Rights and Freedoms and international law when it turns them away at the Canadian border. The legal challenge cites concerns about the detention of “most” asylum seekers in the United States after they are turned back from Canada, the separation of parents and children in American immigration detention centres and the “frequent” denial of refugee protection for women claiming gender-based persecution in the U.S.

Maureen Silcoff, president of the Canadian Association of Refugee Lawyers, said the U.S. has “broken its end of the deal” under the Safe Third Country Agreement.

Ottawa has asked the U.S. to consider revamping the agreement so it can turn away more asylum seekers, but the U.S. has not agreed to reopen talks. 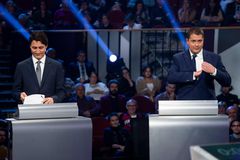 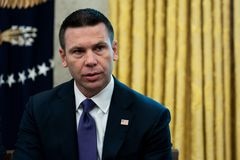 More than 900 migrant children separated from families at the U.S. border in the past year, ACLU reports
July 30, 2019 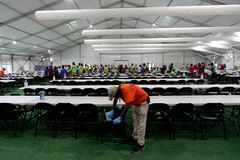