Marieke Walsh
Ottawa
Published May 8, 2020 Updated May 8, 2020
For Subscribers
Comments
Text Size
Please log in to listen to this story. Also available in French and Mandarin. Log In Create Free Account

Former Australian prime minister Malcolm Turnbull says the only way to deal with China is to make sure Canada stands up to the superpower, and while he doesn’t want to tell Canada what to do, he believes it would be prudent to ban Huawei Technologies Co. Ltd. from Canada’s 5G network.

In an interview with The Globe and Mail this week, Mr. Turnbull, who banned Huawei from Australia’s next-generation 5G mobile networks, said he would be surprised if Prime Minister Justin Trudeau is getting different advice than he did on the risks of giving the Chinese telecom giant access.

The United States has already banned Huawei from its network and warned the other “Five Eyes” intelligence-sharing countries – Canada, Britain, Australia and New Zealand – that not following suit could stop the flow of intelligence gathered by U.S. agencies. The Trump administration, U.S. national intelligence agencies and Congress have led a global campaign against Huawei, arguing that it poses a risk to Western national security.

Other countries building 5G networks without Huawei for this reason include Japan and Taiwan. In January, the United Kingdom stopped short of an outright ban, allowing Huawei’s equipment in some parts of its 5G networks. China meantime is lobbying for Huawei to be allowed to provide equipment for the networks and cautioned that it will retaliate against bans.

The Americans say Huawei answers to China’s ruling Communist Party and could be compelled to help Beijing spy on or sabotage Western networks. Article 7 of China’s 2017 National Intelligence Law says Chinese companies must “support, co-operate with and collaborate in national intelligence work” when asked.

“The only thing you can do when you’re dealing with bullies is not back down,” Mr. Turnbull said from Sydney, Australia. “You’ve got to stand up to them, because the more you back down, the more they demand.”

He made the comments in relation to Canada’s looming decision on Huawei, the arrests by Beijing of Canadians Michael Kovrig and Michael Spavor, and China’s opposition to the extradition hearing for Huawei executive Meng Wanzhou, currently detained in Vancouver. Canada has not set a deadline for making the decision on Huawei’s involvement in 5G.

Asked about Mr. Turnbull’s advice to stand up to China, Mr. Trudeau said Friday his job “is to make sure that we’re providing for Canadians and keeping Canadians safe.” In the context of the novel coronavirus pandemic, he said that means ensuring Canadians have the equipment and supplies they need while also asking “difficult questions.”

Mr. Turnbull, who was booted by his own party in what he calls a coup, is promoting the release of his 698-page memoirs A Bigger Picture. The book has prompted a move to try and oust the former prime minister from his right-leaning political party he twice led. Mr. Turnbull said that was being proposed by “some misguided individuals” but added people in his party will say “I’m a terrible lefty.”

In the book, he said Huawei wasn’t banned because the government believed it was already interfering in Australian telecommunication networks, but because of the potential it could.

“An adversary with a permanent beachhead in an economy’s most important enabling platform technology would have the ability to make all or parts of the network – or devices and institutions within it – unavailable or unresponsive," he wrote.

“Our approach was a hedge against a future threat: not the identification of a smoking gun but a loaded one.”

In a statement, Huawei Canada said Mr. Turnbull’s cautions against the company is “about risks, not actual proven behaviour.” Alykhan Velshi, vice-president of corporate affairs, said the company has sold equipment to Canadian companies including Bell, Rogers and Telus for their 4G LTE and 3G networks.

“Huawei operates very openly and invites scrutiny,” Mr. Velshi said in an e-mail. “We will always act to ensure the integrity and security of our technology.”

As the country absorbs the impact of the novel coronavirus pandemic, Mr. Trudeau and his government have taken a cautious approach with China. The Prime Minister has avoided levelling the same critiques over the country’s handling of the COVID-19 outbreak as other allies, and Health Minister Patty Hajdu accused a journalist of peddling conspiracy theories when asked whether she trusted the information China was sharing.

On Thursday, Foreign Affairs Minister François-Philippe Champagne refused to directly name Taiwan when he thanked the island nation for a donation of masks. China views Taiwan as part of its territory, and most countries, including Canada, have not recognized its sovereignty. On Friday, Mr. Trudeau thanked Taiwan specifically when pressed by a journalist.

In his memoirs, Mr. Turnbull hails the signing of the Comprehensive and Progressive Agreement for Trans-Pacific Partnership, a trade pact with 11 Asia-Pacific countries, as an important achievement. But he said it was almost scuppered by Mr. Trudeau when he stood up world leaders at what was supposed to be the signing of the agreement in principle during a summit in Vietnam in November, 2017.

According to Mr. Turnbull, Mr. Champagne, who was then trade minister, had confirmed Canada was on-board with the deal the night before, only for Mr. Trudeau to back out at the last minute, publicly humiliating the host country and Japanese Prime Minister Shinzo Abe.

Mr. Turnbull says in the book that before Mr. Trudeau’s no-show "all that was left for the national leaders was to sign, smile and shake hands.”

“This last-minute backflip looked flaky,” he wrote, adding that at a subsequent one-on-one meeting, he told Mr. Trudeau, “this flakiness was going to do a lot of damage to Canada’s standing with Japan. Even some of the non-TPP leaders had been shocked. It wasn’t respectful and it certainly wasn’t the way you do business.”

Canada ultimately agreed to the deal in 2018 after Japanese negotiators told the Canadians the rest of the bloc was ready to announce a deal without Canada, Mr. Turnbull wrote.

He said he’s sharing the story because even though he admires Mr. Trudeau, it’s important to “tell people how it really happened.”

“It was a very bad look for Canada," he said.

With reports from Steven Chase in Ottawa. 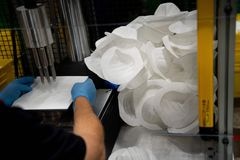 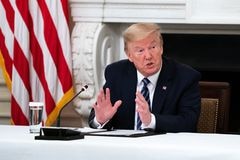 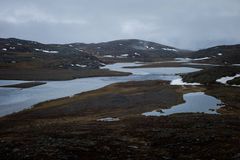