The man behind the global Magnitsky sanctions campaign says Canada should work with other democracies to jointly target Chinese human-rights abusers responsible for atrocities against Muslim Uyghurs in the country’s Xinjiang province.

Bill Browder, the U.S.-born financier who has led the international effort to establish Magnitsky-style laws around the world, said Ottawa should start by working with Britain to impose sanctions on the same Chinese officials recently targeted by the United States.

The Trump administration announced sanctions earlier this month against a top member of China’s Communist Party and three other senior officials in response to rights violations against minorities in Xinjiang, including the Uyghurs.

“Dominic Raab, the [British] Foreign Secretary, has not yet – I stress the word yet – announced Magnitsky sanctions [against Chinese officials] and I believe it would probably be easier to get him to do it if Canada were to do it in concert,” Mr. Browder told the House of Commons subcommittee on human rights Tuesday.

The call for co-ordinated action comes as lines harden between China and the Western world. Speaking after a meeting with British ministers in London Tuesday, U.S. Secretary of State Mike Pompeo encouraged other governments to push back against China.

“We hope we can build out a coalition that understands the threat and will work collectively to convince the Chinese Communist Party that it is not in their best interest to engage in this kind of behaviour,” Mr. Pompeo told reporters alongside Mr. Raab.

In addition to its treatment of the Uyghurs, China has faced international condemnation over its decision to impose a new national-security law on Hong Kong in June, which tightens the Chinese Communist Party’s grip over the island, and its hostilities in the South China Sea.

Seven countries have adopted their own versions of the Magnitsky laws, which allow governments to impose asset freezes and travel bans on human-rights abusers around the world. The laws are inspired by the killing of Russian whistle-blower Sergei Magnitsky.

Britain recently passed its own Magnitsky law but, like Canada, has not used it against Chinese officials.

In a statement Tuesday, Foreign Affairs Minister François-Philippe Champagne said Ottawa is “prepared to consider all options when it comes to ensuring human rights are upheld around the world,” but did not indicate whether the use of Magnitsky sanctions against Chinese officials has come up in conversations with allies.

Conservative MP Garnett Genuis, a member of the subcommittee, said the Liberal government’s “complete lack of use” of Magnitsky sanctions against Chinese officials has been “disappointing.”

NDP foreign-affairs critic Jack Harris said that while Magnitsky sanctions are an important tool, it is vital that the government work in concert with other countries to address the situation in China.

The subcommittee has spent the past two days studying the plight of the Uyghurs, hearing emotional stories from members of the minority group who had been detained in internment camps.

More than one million Uyghurs have been detained in camps by Chinese authorities, according to the United Nations human-rights commission. China denies abusing the minority, saying the facilities are vocational training camps. The Globe and Mail has reported on the treatment of Uyghurs, speaking to former detainees who recounted brutal treatment, political indoctrination, forced labour and surveillance of minorities in Xinjiang.

A recent report by the Associated Press exposed the Chinese government’s systematic efforts to slash birth rates among the Uyghurs, including the subjection of women to pregnancy checks, forced intrauterine devices, sterilization and abortion.

“Faced with all the evidence that we now have on what’s happening in Xinjiang, I think we need to take common measures and among them would be whether we should take sanctions against Chinese officials. And of course be conscious that probably China will want to retaliate and that’s why … we will want to be in good company.”

Canada has felt the impacts of upsetting China. The 2018 detentions of Michael Kovrig, a former diplomat, and entrepreneur Michael Spavor in China were widely seen as retaliation for Ottawa’s arrest of Huawei Technologies Co. Ltd. executive Meng Wanzhou on a U.S. extradition request. The Canadians remain detained today.

Errol Mendes, a University of Ottawa law professor, said that while Canada must recognize the possibility of further Chinese retaliation, it also needs to consider the “potential world-shaking events” that China could trigger if left unchecked.

“After Hong Kong, what’s next? Could it be Taiwan? Right now, I think there should be a strong world strategy of democratic countries to figure out how to deal with this growing threat.”

In a statement Tuesday night, the Chinese embassy in Ottawa said the issues in Xinjiang have nothing to do with human rights, ethnicity or religion, but are rather about countering violence, separatism and terrorism in the region.

Editor’s note: An earlier version of this story incorrectly spelled the name of Dominic Raab. 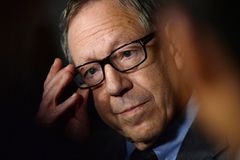 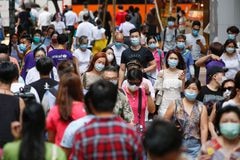 China says it will stick with U.S. trade deal, but respond to ‘bullying’ tactics
July 16, 2020 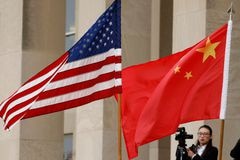