Canada’s top doctor warned the country is on track to see COVID-19 infections rise by more than 10,000 per day by early December – more than double the current national daily case count – while Ontario’s Premier cautioned a lockdown may come soon.

Chief Public Health Officer Theresa Tam outlined the latest estimates from the government’s pandemic modelling at a press conference in Ottawa on Friday as she warned that some hospitals are already being pushed to the brink. Ontario and Saskatchewan unveiled new restrictions Friday and Manitoba and Toronto urged people to stay home except for essential trips.

“We’re staring down the barrel of another lockdown,” Premier Doug Ford said, as his government dramatically tightened criteria for restrictions in the province’s largest cities.

The changes mean that the Greater Toronto Area and Hamilton are now in what the province calls the “red zone” with the tightest controls short of a lockdown. While the province is urging residents living in those areas to stay home, indoor gatherings and limited indoor dining in bars and restaurants, as well as fitness classes, will still be allowed under the provincial rules.

The significant changes to the province’s framework mean regions will face more restrictions before case counts and positivity rates rise to alarmingly high levels, in a bid to prevent the spread of COVID-19 earlier on.

Mr. Ford said the changes were made because of modelling released on Thursday that showed Ontario is on track to see 6,500 cases by mid-December and intensive care units “could be overwhelmed in six weeks” unless the province’s COVID-19 trajectory changes course “in a big way.”

Picard: With the pandemic surging, we need more leadership and less urging

Andrew Morris, medical director of the antimicrobial stewardship program at Sinai Health System and University Health Network in Toronto, called the province’s reversal on the framework a “good thing,” but said the government still lacks a clear strategy in how it is controlling the pandemic.

“I’m one of the people who thinks that it’s already spiralled out of control and we need to be more aggressive with how we’re dealing with it right now,” Dr. Morris said.

The concerns raised in Ontario are playing out across the country. And they prompted Prime Minister Justin Trudeau to warn that the federal government’s ability to backstop the provinces is not “infinite.”

“When the cases spike too much, we might have to make really difficult choices about where to deploy the limited resources we have,” Mr. Trudeau said at the press conference alongside Dr. Tam.

At 10,000 daily new cases nationally, Dr. Tam said, “the pressure on the health care system would be huge. You would definitely not be doing routine surgeries,” she said. “The already exhausted health care workers will be extremely stretched.”

Since September, Canada has had a continued surge in COVID-19 cases. In September, Dr. Tam said the goal was to keep the pandemic on a “controlled, slow burn track.” But on Friday, she said that outside of the territories and the Atlantic bubble, “fires are burning in so many different areas and right now is the time to get those under control.”

In the past seven days, the average number of daily new cases has climbed to more than 4,300, double what it was a month ago. If Canada hits 10,000 daily new cases, that would be five times higher than the daily cases that were tracked at any time during the first wave of the pandemic.

Dr. Tam’s deputy, Howard Njoo, said those kinds of numbers could force Canada to confront the devastating COVID-19 experiences of places like Italy and New York.

“We can see that worst-case scenario,” Dr. Njoo said, adding that Canada isn’t there yet and can still change the pandemic’s trajectory if people cut down their contacts. To slow the spread of the virus, Dr. Tam said individuals need to reduce by at least 25 per cent their number of contacts.

Already, hospitalizations from COVID-19 are climbing quickly in the Prairies and postponing routine operations. In those provinces, Dr. Tam said daily hospitalizations have risen by 24 per cent to 50 per cent compared with last week, raising concerns about capacity in intensive care units.

The Prime Minister said the projections for the next month are a “wake-up call” and he urged provinces and territories to move “quickly and firmly.”

Mr. Trudeau did not give specific examples of what steps provinces should take, nor did he identify which areas of the country he’s most concerned about. He announced that the Red Cross is being sent to some long-term care homes in Manitoba, which this week imposed the strictest lockdown currently in place in Canada.

While Mr. Ford on Friday said a lockdown is on the table, it remains unclear what would trigger one.

Ontario’s Chief Medical Officer of Health, David Williams, said there are still questions as to what a lockdown would look like – including whether schools would be closed. Mr. Ford said Dr. Williams will give advice on more options next week.

Earlier this week, Shelley Deeks, chief health protection officer at Public Health Ontario, told the Toronto Star that the agency advised the government to set thresholds for the “red zone” of the government’s framework at four times lower than what the province initially announced.

The new framework changes the thresholds to 40 cases per 100,000 people, with a 2.5-per-cent positivity rate. Dr. Deeks said on Friday she supports the new measures.

In Saskatchewan, where cases are on a nearly vertical upward trend, the government is expanding its mandatory mask rule and putting a 10 p.m. curfew on alcohol sales in an attempt to stop the growing spread of COVID-19.

Starting Monday, it will be mandatory to wear face coverings in all indoor public spaces in communities where 5,000 or more people live. 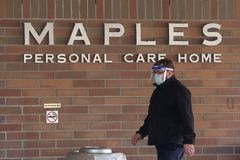 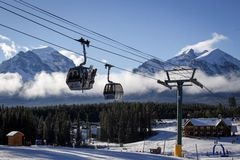