“This is not a conventional humanitarian crisis, so conventional solutions are not effective for those who need our help,” Cherie Wong, executive director of Alliance Canada Hong Kong, an umbrella group that supported the Asian city’s pro-democracy movement, told the House of Commons immigration committee.

She told MPs that an immigration program unveiled last November to bring young Hong Kongers to Canada is only useful for upper-middle-class graduates and “fails to consider the realities of everyday people of Hong Kong.”

Reverend Brian Wong, a Canadian from Hong Kong with the Mustard Seeds Hong Kong Concern Group, concurred in his comments to MPs, saying dissidents come from many backgrounds. “Canada needs to come up with a inclusive policy to accommodate the needs of a broad spectrum of Hong Kong people at the risk of political persecution.”

Alliance Canada Hong Kong’s Ms. Wong described life for many of the Hong Kongers who marched in protests for a year before the national security law was enacted, noting they were targeted by “systematic surveillance operations, including having plainclothes officers stationed at the airports, loitering inside international terminals” and boarding areas.

“We have friends whose travel documents are confiscated, teammates monitored and followed who are scared for their lives, and fellow activists who are arrested while looking for options to leave. The Hong Kong government is even looking at legislation to impose exit bans and further suppress freedom of movement,” she said.

More than 100 prominent Hong Kong political figures have already been arrested under this law, which carries penalties up to life imprisonment. Western countries, including Canada, have decried this crackdown as a violation of Beijing’s treaty pledge to maintain civil rights and the rule of law in the former British colony for 50 years after the 1997 handover.

The British government has offered a path to citizenship for many Hong Kongers, but this still leaves many stranded as authorities in Hong Kong arrest journalists, ban access to websites, seize cell phones and computers and fire teachers and union activists.

So far, Canada has accepted at least 15 asylum claimants as political refugees, according to Jane Lee of the New Hong Kong Cultural Club, a group of Canadian supporters of democracy in Hong Kong with branches in Toronto, Calgary and Vancouver that has helped 30 people from the former British colony to seek safe haven in Canada.

All these claimants, however, arrived before COVID-19 travel restrictions. The big problem facing persecuted Hong Kongers today is they cannot board a plane to reach countries such as Canada to claim asylum.

Toronto immigration lawyer Lorne Waldman said he’s been approached by Hong Kongers who want to leave but cannot because of flight restrictions. ”There definitely are people who need to get out and are at serious risk,” he said.

If Canada plans such action, Ottawa “shouldn’t and won’t make a big fanfare about this,” Mr. Waldman said.

NDP immigration critic Jenny Kwan suggested the federal Department of Immigration issue “minister’s permits” that would allow Hong Kongers to leave for Canada while applications are being processed.

Canada-Hong Kong ties run deep. There are several hundred thousand Canadians of Hong Kong origin living in Canada and 300,000 Canadian citizens living in Hong Kong now. More than 1,970 Canadians were deployed to defend Hong Kong from the Japanese in the Second World War and 554 lost their lives as a result.

Rev. Dominic Tse, senior pastor at North York Christian Community Church, told MPs that many Hong Kongers he knows would rather migrate to Canada than to Britain, based on existing ties and Canada’s reputation. He urged Canada to liberally grant work permits to Hong Kongers, giving them a chance to establish residency here. “Many Hong Kong people have either relatives or friends or classmates in Canada, and if they have a choice they actually would rather go to Canada than the U.K.”

Last November, Immigration Minister Marco Mendicino announced a three-year open work permit for recent Hong Kong graduates or those with a history of work experience in areas Canada might value, as well as a new pathway to permanent-resident status for Hong Kongers who end up coming here. 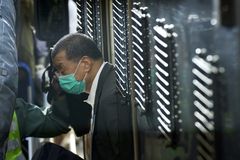 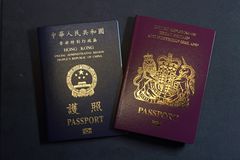