On Friday, the Canadian government announced sanctions against 13 more Belarusian officials for what it calls “gross and systematic human rights violations” committed in Belarus. Ottawa described the conduct as a “systematic campaign of repression” and state-sponsored violence against “public protests and the activities of opposition groups” and said it’s “deeply concerned by ongoing, well-documented reports of human rights violations, including against freedom of the press, freedom of expression and peaceful assembly.”

Cherie Wong, executive director of Hong Kong Canada Alliance, said she supports the measures against Belarus but charged that the conduct Canada is censuring in Eastern Europe could easily describe Beijing’s behaviour in Hong Kong and Xinjiang.

Amnesty International and other human-rights groups have documented arbitrary arrests, brutal beatings and torture committed by Hong Kong police during mass protests in mid-2019 over proposed legislative changes that would have allowed extraditions to mainland China.

At the end of June this year, Beijing imposed a new national security law on Hong Kong that criminalizes dissent and opposition and violates a treaty the Chinese government signed to leave civil liberties untouched for 50 years after Hong Kong was handed over to Beijing. Dozens, including leading pro-democracy figures, were later arrested, and newspapers raided. Authorities have also subsequently barred opposition politicians from running for office or seeking re-election, decisions that officially questioned their allegiance to Hong Kong, a territory that Britain handed over to China in 1997.

Ms. Wong said she is concerned there is a double standard at work.

“First and foremost, we are in solidarity with the country of Belarus and its people as they demand accountability for their government which is stripping away democratic freedoms,” she said. “We are in support of the Canadian sanctions against Belarus.”

However, she said, “it does sting" for Canadian Hong Kongers and community members who have been advocating for months for Canada to enact sanctions against Chinese officials. The Justice for Victims of Corrupt Foreign Officials Act, adopted by Canada, mirrors similar legislation passed by the U.S. and Britain and imposes sanctions on human-rights abusers. It’s also known as a Magnitsky Act, after whistle-blower Sergei Magnitsky, who was killed in a Russian prison.

The U.S. government, Canada’s closest ally, has already taken action. In August, Washington imposed sanctions on Hong Kong Chief Executive Carrie Lam, the territory’s current and former police chiefs and eight other top officials for what Washington says is their role in curtailing political freedoms in the territory.

Natalie Hui, convener for Canadian Friends of Hong Kong, said “silence and inaction” on what is unfolding in Hong Kong, or in Xinjiang, where China has detained one million Uyghur Muslims and other minorities, only gives licence to Beijing.

Former Liberal justice minister Irwin Cotler noted that Canada has also used Magnitsky sanctions on officials from Russia, Venezuela, Saudi Arabia, Myanmar and South Sudan – but not China. He said he believes Canada is worried about bullying from China and retaliation against Canadians detained by Beijing. He said he believes the European Union is close to adopting its own version of the Magnitsky Act and he’s hopeful the EU will follow up with sanctions on Chinese officials.

Canada’s action against Belarusian officials has been taken in co-ordination with the European Union.

Asked whether Canada is planning sanctions against Chinese or Hong Kong officials, the department of Global Affairs said Ottawa is talking to allies and other members of the international community about the best ways to ensure human rights are upheld around the world. “We believe that the smart way to impose sanctions is to go with a core group of countries to have the maximum impact, not alone,” Global Affairs spokeswoman Pat Skinner said. 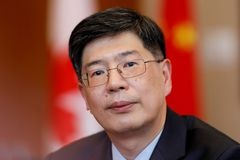 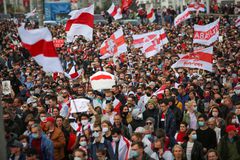 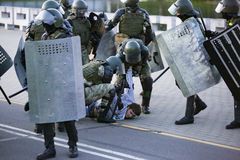