Canada for the second year in a row is named as one of the countries helping fuel the war in Yemen by a panel of experts monitoring the conflict for the United Nations and investigating possible war crimes among combatants.

The UN panel included Canada on a list of five countries selling arms to those waging the conflict in Yemen: a coalition led by Saudi Arabia versus Houthi rebels backed by Iran.

The panel says the international community has forsaken Yemen as the war enters its seventh year with no ceasefire in sight.

Arms sales from Canada and countries that include the United States, the United Kingdom and Iran continue “with little regard for the immense suffering caused to the people of Yemen,” says the latest report by the Group of Eminent International and Regional Experts on Yemen.

The panel, which first identified Canada in its 2020 report, expressed concern that countries are still shipping arms to the combatants. “Given the horrific toll the war continues to take on the people of Yemen, it does not stand to reason that third states continue to supply the parties to the conflict with the tools of war. The flow of arms must stop now,” panel chairman Kamel Jendoubi said.

Saudi Arabia is Canada’s largest export market for military goods after the United States, and figures for 2020, the most recent available, show more than $1.3-billion worth of Canadian defence equipment – chiefly armoured vehicles equipped with machine guns or cannons – was shipped to Riyadh. A major driver of the exports is a $15-billion deal to sell the combat vehicles to Saudi Arabia. The deal was struck under the Harper government, but the Trudeau government in 2016 gave the export approvals for shipments to begin.

Saudi Arabia has been embroiled in the war in Yemen since 2015 as the leader of a coalition of Mideast and African countries supporting the Yemeni government against Houthi rebels backed by Iran. Human-rights groups and Western political leaders – including the European Parliament – have urged a freeze on arms sales to Saudi Arabia. The UN Office for the Co-ordination of Humanitarian Affairs says the war in Yemen has led to an estimated 233,000 deaths since it began in 2014 – including 131,000 from indirect causes such as a lack of food, health services and infrastructure. It’s also led to what the UN body has called the “world’s worst humanitarian crisis.”

Ardi Imseis, a professor of law at Queen’s University and a member of the UN-appointed panel, said those waging war in Yemen continue to believe they can prosecute the conflict without significant consequences.

“The civilian population in this conflict continues to pay the highest price in this conflict with unceasing suffering as they sink deeper into hunger and poverty,” he told a news conference on Wednesday. “We believe the international community needs to muster the requisite political will for peace in Yemen.”

The Canadian government has previously tried to distance itself from the controversy by saying that Canada is not selling air strike equipment to the Saudis.

In a 2020 report, the federal department of Global Affairs noted that Saudi Arabia is often accused of serious violations of international humanitarian law for the manner in which it conducts air strikes in Yemen, which watchdog groups say are indiscriminate and kill many civilians. However, Global Affairs said in its report, Canada doesn’t sell air-to-surface missiles or bomber aircraft to the Saudis.

According to Prof. Imseis, Canada’s unwillingness to cancel arms shipments to Saudi Arabia means the kingdom is facing no censure for its conduct. He said ending armoured-vehicle shipments would send a signal to Saudi Arabia that its behaviour in Yemen is unacceptable.

“So long as the arms continue to flow, this war is just going to get worse,” he said. “Canada’s continued supply of arms to the parties in the conflict is part of the problem.”

“All Canadians should be ashamed about Canada’s dishonourable inclusion in this damning report,” he said.

“This is no longer a question of whether Canada may be unknowingly facilitating the commission of human-rights violations. This is a matter of Canada being disturbingly close to complicity in war crimes. And the only defensible course of action for Ottawa is the immediate and long-overdue cancellation of arms exports to Saudi Arabia.”

Foreign Affairs Minister Marc Garneau’s office was asked for comment on the UN panel report and it referred the questions to officials in the department of Global Affairs. The department did not immediately respond to a request for comment. 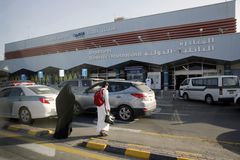 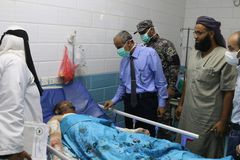 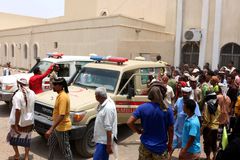