Canada and the United States are extending cross-border travel restrictions for another 30 days in order to limit the spread of the novel coronavirus, Prime Minister Justin Trudeau announced Saturday.

The Prime Minister said the non-essential travel restrictions have helped to slow the transmission of COVID-19 in Canada and the restrictions on other foreign nationals visiting Canada will also continue.

“We will continue those measures both with the United States and with the world for what is undoubtedly going to be many more weeks,” he said.

The border between Canada and the United States was restricted to all non-essential travel for a 30-day period starting in late March. The March deal was set to expire April 20. It will now extend at least until May 20.

The deal is supposed to ensure critical supplies like medical equipment continue to move across the border, but the that was put to the test in early April when the White House granted the Federal Emergency Management Agency the power to block exports of those goods.

That order is in place until Aug. 10, and Canada’s renewed deal with the U.S. to partially close the border doesn’t change the impact the order from the White House could have north of the border. However, Treasury Board President Jean-Yves Duclos said so far the movement of critical supplies have continued.

“We have succeeded in maintaining the appropriate flow of medical goods in both directions,” Mr. Duclos said.

“This being said, we need to be vigilant because that relationship is going to be tested for the rest of the crisis.”

The partial closing of the border did not affect essential travel, including truck and rail traffic carrying food and goods that is key to supply chains, nor travel for work. Flights between both countries continue but have been restricted. The border closing also applied to asylum seekers crossing the border by foot at informal crossings, but not to temporary foreign workers who are needed by Canadian farmers and other food producers.

Mr. Trudeau said the restrictions, including Canada’s interim policy of returning refugee claimants crossing at irregular border crossings, will continue with no changes.

“The agreement is the same terms just extended for another 30 days, it will ensure that we continue to get essential goods and services back and forth across this border,” Mr. Trudeau said, adding it will “keep people on both sides of the border safe.”

Earlier this week, U.S. President Donald Trump said travel restrictions with Canada were some of the first he would want to lift when COVID-19 containment measures ease.

“Our relationship with Canada is very good. We’ll talk about that. It will be one of the early borders to be released,” he said at a White House press briefing when asked if he was considering relaxing travel restrictions with Canada. “Canada is doing well. We’re doing well. We’ll see. But at some point, we’ll be doing that.”

Mr. Trump indicated he was in talks about the Canadian border, and that he viewed Canada differently than other countries with whom there is a border clampdown. Unlike China and the European Union, on whom Mr. Trump imposed travel bans unilaterally, the closure of the U.S.-Canada border was mutually agreed to.

With reports from Adrian Morrow in Washington

Senate extends adjournment until June 2 as talks over return of MPs continue
April 17, 2020 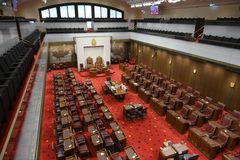 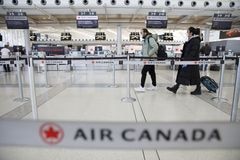 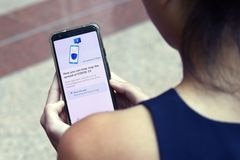